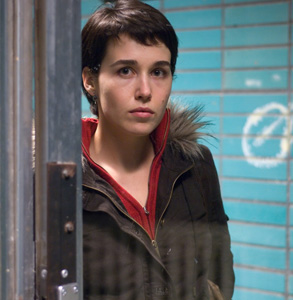 Lorna’s Silence, a hyper-realistic and purposefully naturalistic drama, is set in a dreary Belgium and highlights the bleak aspects of life and the inevitable collapse of reality. Slightly askew from the traditional form that the Dardenne brothers are known for, Lorna’s Silence is observant to human nature.

Lorna, played by Arta Dobroshi, is a young Albanian woman who is caught between love and the law of the criminal world. Lorna agrees to become a part of a passport scam when she marries a despondent drug addict in return for a Belgian passport.

Fabricated from the diabolical mind of Fabio (Fabrizio Rongione), a local thug, Lorna is expected to murder her husband in a way that would fool local authorities into believing the death to have been a drug overdose. However, when things go amiss, she begins to have second thoughts about this immigration scam and questions her commitment to Fabio.

As in other Dardenne films, the brothers focus in on moral ideas by using conventional techniques of thriller, such as moving past climatic moments forcing viewers to guess what just happened. This film asks of its viewers to take the idea of evil, redemption and denunciation from evil seriously in a purely artistic resolve.

Though Lorna’s Silence doesn’t pack the same growing punch as in the Dardenne’s earlier work, the film is low-key, nuanced and is flawlessly constructed. That being said, the film left me with something more to be desired.

To give credit where credit is due, Dobroshi, who is remarkably talented, gives a remarkable performance as Lorna. After all is said and done, Lorna’s Silence becomes a grippingly intense drama that packs a compelling emotional punch right up until the unusually quiet finale.

The truth is that, in the end, the deeper you immerse yourself in the film, the more you find it rewarding. Lorna’s Silence isn’t about how someone dies, but how and why Lorna continues to live.