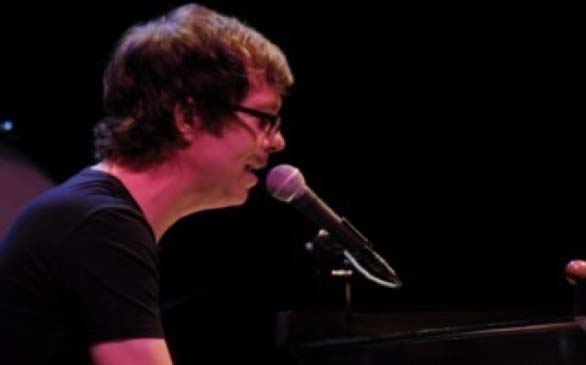 Chester Bennington spent most of the past 18 months touring with Linkin Park in support of their most recent album, Minutes to Midnight. The roadwork has helped the album sell more than six million copies so far, and Bennington is ready to repeat the process with his new band Dead by Sunrise and their debut release, Out of Ashes.

Why another band when Linkin Park is so successful?

“I came up with a few songs that felt and sounded really good, but I knew they weren’t right stylistically for Linkin Park,” says Bennington. “They were darker and moodier than anything I’d come up with for the band. So I decided to work on them on my own rather than turn them over and have them transformed into Linkin Park tracks. There are no hip-hop influences at all on this record, which is obviously a big difference and the amount of vocal layering and use of harmony really showcase my voice in a new way.”

Members of Julien-K back Bennington on Out of Ashes, which is tentatively scheduled for a fall release on Warner Bros.

The summer’s hottest hip-hop tour couldn’t have a more appropriate name. The headliners of the Young Money Tour, Young Jeezy and Lil Wayne, certainly know how to fatten their bank accounts.

The two Def Jam stars will no doubt be keeping an eye on their 21-year-old tour mate Jeremih; the upstart earned a spot on the tour after his self-titled album exploded onto the scene early this year and the single “Birthday Sex” rocketed to the No. 1 spot on Billboard’s Hot R&B/Hip-Hop Songs chart.

Also on the tour will be Drake and Soulja Boy and some guests that are still to be announced. The tour stops at the Gibson Amphitheatre Aug. 13.

The Red Roof Inn hotel chain has teamed up with GAC TV to give music fans a chance to win a trip to Nashville for a meet-and-greet with a country music star. The Country Road Game has a very desirable Grand Prize: a 2009 Toyota Prius!

The First Prize winner will get a GAC Ultimate Fan Weekend that includes transportation to Nashville, tickets to the Grand Ole Opry and the Country Music Hall of Fame, a winery tour, $500 cash and the meet-and-greet with the as yet unnamed star. Other prizes include one year of Red Roof stays for one winner and a free one-night stay for 1,000 winners.

Red Roof also has special rates this summer that tie-in to concert appearances all across the country. Get an entry code for the game by staying at a Red Roof Inn or at redrooflovescountry.com.

Among the other rock, reggae and jam bands appearing will be Ozomatli, Soja, Rebelution, Iration, Shwayze, the Aggrolites, the Kicks, Still Time, Pacific Dub, Tomorrow’s Bad Seeds, Sashamon, One Drop, Sunshine Bros. and Through the Roots. The all-ages event will also feature dozens of arts and crafts vendors.

Dates are September 18, 19 and 20, and ticket options include single-day tickets and three-day passes. The festival is one of only a few in the country that are held right on the beach. westbeachfestival.com