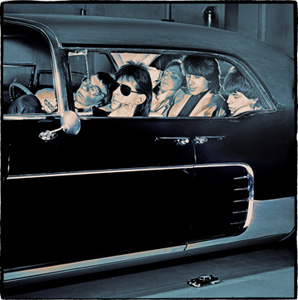 1/2 a Quaalude & Call Me at Midnight, Moshe Brakha photo of the Cars
(Credit: Courtesy of Moshe Brakha Photography)

When asked why he’s known as being Hollywood-based, despite the fact that he was born in Israel, Brakha explains he has spent most of his working-life as a photographer based out of Hollywood; he feels like his “home base” is Hollywood.

In those early years in Los Angeles, Brakha often felt like he was simply pointing and clicking his camera. He calls this collection Occupation Dreamer because he felt like his occupation, back then, was being a dreamer. The subjects of his photographs were like him; they could also be described as dreamers.

The photographs in the exhibit and the subjects of the photographs tell a very different story, especially from the viewpoint of looking at them today. These may be samples of Brakha’s earlier work, but his unique style and natural ability emanate from each and every shot.

Even if he was simply pointing and clicking, Brakha captures his subjects’ charisma and energy in each photograph. What is more, despite being on the flat surface photographic paper provides, the subjects look as if they could escape from their confined space, as if they are always in movement.

Something magical and serendipitous seems to have happened when these photos were taken: Brakha and almost all of his photographic subjects went from being dreamers to living out their dreams, and actually had them come true. The Cars, Devo, Madonna, Elvis Costello and the Beastie Boys are a few of Brakha’s subjects.

Despite the fact that it would seem as if his dreams have come true, Brakha doesn’t feel like he’s made it. He’s always going to strive to have artistic integrity, create the best possible work he can and continue to grow as a photographer and as an artist.

Brakha’s latest project is a collaborative effort between him and his son, Eddie Brakha, titled Silent Pictures: A Collaboration Between Father and Son. Moshe has spent the better part of this past year preparing for this new project, comprised of almost 100 of Brakha’s unique and never-before seen photographs.

According to Eddie Brakha, “We currently are in the process of seeking a prestigious, photo gallery setting, in which Moshe can debut Silent Pictures to the general public.”

“These pieces, as anyone who is familiar with Moshe’s work will attest to, are a dramatic visual departure from his 35 years of work as a world-renowned commercial photographer and director,” adds Eddie.

As Moshe, himself jokingly says, “This new work represents a liberation – for me – from my ‘Advertising Pimps.’”