Tingly: Offers Up a Beautiful View of Mature Simplicity 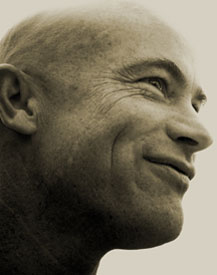 There comes a time in your life when you must push yourself to the edge in order to challenge yourself. For ex-Skankin’ Pickle bassist Mike Mattingly, this concept became very literal when he fell off a two-story rooftop in 2001.

“I was a chimney sweep,” explains Mattingly. “I had my ladder set up on the second story of this house, climbed up, and cleaned up the chimney. I had all my stuff in my arms and shoulders, and well … I didn’t make it up and I fell off the roof.”

The impact caused several injuries. He lists them off one by one like an honor student sharing his list of achievements. Broken shoulder, broken wrist, dislocated shoulder, severe back injury and a broken vernacular bone in his left hand (from sticking his hand out at the last second to reduce the chance of a potentially fatal fall). In the mist of physical and emotional shock, he continued to clean out the rest of the chimney, then calmly drove himself to the hospital in a stick shift van.

Casts became a temporary wardrobe fixture for Mattingly for the next three months. Broken bones aside, he had only one good hand left.

“All I could do was play guitar,” recalls Mattingly. “I would just play chords and strum with my index finger.”

Pretty soon he started to write songs again and his latest project, Tingly, was born.

Mattingly, affectionately dubbed “Mr. Clean” back in his Skankin’ Pickle days, picked up the guitar quite easily; his musical career started in the fourth grade when his mom forced him to pick up an instrument.

“I took the smallest one I could find – a flute,” he says.

He lost interest in the tiny woodwind and moved on to the big brasses like the trombone and tuba. Eventually, he settled on teaching himself bass guitar and started to gig with high school friends.

Skankin’ Pickle formed out of his parents’ garage in 1989 after Mattingly met vocalist Mike Park in a music business class. They joined with other musicians and decided to make some money playing their brand of ska-funk-rasta-punk.

“And then we learned how to play our instruments,” jokes Mattingly. But even with the silly songs and growing popularity, touring became tedious and band issues went unresolved.

“I was bored so I tried to make it challenging by getting drunk every night. Drink a bottle of tequila and play a show. That was way more challenging than playing it sober,” Mattingly says.

A few years after founding SP, Mattingly was kicked out of the band. He started another band called Neosoreskin. The project came to halt after the aforementioned roof incident.

Because the injuries disabled him from working anywhere, he lived out of his Volkswagen bus for awhile. For this he was given another nickname, Ike Van Dweller. As Ike, he spent time traveling, playing guitar and contemplating life.

“I was able to just not work and relax and review my life a little bit. I hadn’t been able to be myself for awhile. I took a trip back to who I am. I got away from my musician mind and went off my life experiences,” says Mattingly.

This soul searching became a major influence in Tingly’s music. The blend of Luau-Americana, or what Mattingly refers to as “hillbilly-Hawaiian,” is much softer than his previous musical projects. This is the kind of music you want to play at a poolside gathering with your closest family and friends.

“I just wanted to do something very straightforward and simple and let the songs stand on their own.”

The songs from Beautiful View, Tingly’s first album, accomplish that sense of mature simplicity. Much of its content deals with love, loss and the resulting clarity from experiencing the two. Half of the album was written during a tough breakup with his “special lady friend.”

The solo effort enlists the help of musician friends Gordon Gurley, Ken Schick, Mike Freitas, Mark Pappakostas and drummer Alex Carlisle. He even had his step-grandfather, age 90, step in to play some of the saxophone parts.

“I have this idea to cruise the senior citizens home and start recruiting. There are so many great musicians just wasting away,” Mattingly says.

Mattingly is one musician who certainly won’t let himself do the same.