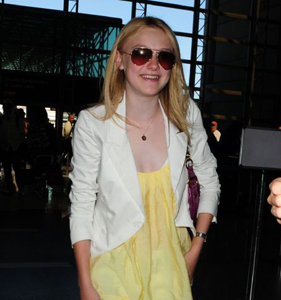 The synopsis of Fragments – an act of random violence in a nondescript L.A. diner connects the survivors, as they find the meaning of their lives have changed – instantly conjure flashbacks of Paul Haggis’ Crash or Paul Thomas Anderson’s Magnolia. While one was overly zealous (Crash) and the other, overly indulgent (Magnolia), Fragments is equally balanced, never hitting the audience too hard or too little, making the film – and the vibrant city of Los Angeles – painfully ordinary.

Fragments, an ensemble drama from Australian director Rowan Woods (Little Fish), stars a slew of notable A-list and award-winning actors – Kate Beckinsale, Dakota Fanning, Guy Pearce, Forest Whitaker, Jackie Earle Haley and Jennifer Hudson, to name a few. Told achronologically, with the initial violence never shown completely but in intricately detailed fragments (hence the aptly named title), the film is a fair attempt at connecting the distanced residents of the sprawling metropolis of Los Angeles – yet there’s something about Fragments that keeps it from reaching any sort of emotional climax.

The performances, however, are strong throughout, especially from Beckinsale’s charming Southern accent as a stressed-out single mother to Whitaker’s meek, well-intentioned driving instructor with a gambling addiction to Pearce’s stone-faced, morally conflicted surgeon. While Fragments might not amount to a heightened emotional or moral apex, watching these exquisitely shot portraits of these colorful yet fragile Angelenos – even if they’re only in fragments – is worth waiting out the film’s lulling pacing.