Musicians Institute: “World Class Education in the Heart of Hollywood” 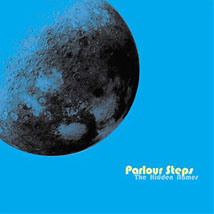 Hollywood is known worldwide for its aspiring actors and actresses, but another niche of budding talent lies within the music community. Musicians, rockstars or popstars, whatever you wish to call them, they’re all waiting around for their opportunity to show the world their talent – and become famous. It’s not often the two coincide.

The mark of a great artist lies within an individual’s motivation to become better and the discipline necessary to achieve that goal. So if contemporary music like rock, pop, hip-hop and R&B is something you wish to make a full or part-time vocation, consider what Musicians Institute (MI) has to offer.

Located on Hollywood Boulevard, a block away from the Kodak Theatre, MI’s faculty is dedicated to teaching today’s aspiring artists to become the household names we often toss around when mentioning our favorite bands or singers. If names like Chad Smith and John Frusciante (Red Hot Chili Peppers), Rivers Cuomo, Brian Bell or Scott Shriner (Weezer) sound familiar, it’s because they are MI alumni.

Admission isn’t as strict as Juilliard in New York or Berklee in Boston, but a degree of skill in your instrument is required to keep pace with the curriculum. Beginning with Encore, a single quarter program in different skill sets that doesn’t award certification, MI offers four other tiers of education: Music Industry (two quarters), Performance (one year), Associate of Arts (two years) and Bachelor of Music (four years).

Students in these programs vary from guitarists, bassists and drummers to independent artists, such as vocalists and audio engineers. From the limelight of the stage to the behind-the-scenes action on soundboards and film editing, every step of the creative process is covered at MI.

Active professionals comprise the faculty here. One famous teacher who briefly taught at MI was Alessandro Cortini of Nine Inch Nails fame. His launch to fame came from one of the many hiring halls/open auditions that happen quarterly at MI. Cortini’s inclusion in Nine Inch Nails in 2004 is one of many success stories at MI.

Record label executives from the likes of Warner Bros., Epic, BMG and Universal have all given “first dibs” to MI’s creative pool when they look for the talent their artists require on tour.

Success in the music industry can also come from recommendations from a professor. Character, in addition to skill, can be the bridge between an unfulfilled dream of rock stardom and its reality. When class is in session, the teacher and students jam. It’s a casual environment that encourages students to let loose and hone their skills.

MI offers counseling and rehearsal rooms that are open 24/7, with the exception of holidays. The rooms are free to set aside in two-hour windows, with unlimited renewals if a jam session has no end in sight. As with any accredited institution, MI also offers financial aid, like federal funding, grants and incentives for international students.

Finals exist here, too. The finals at MI differ in that they take place in performance halls with varying occupancies, from 20 to 30 seats to the 500-seat theater on campus. It gives each student the experience of playing on stage with full production value for an audience.

If you’re tired of playing air guitar at concerts or singing into a shampoo bottle, here’s your chance to make something of yourself and play music for a living or as a profitable hobby.