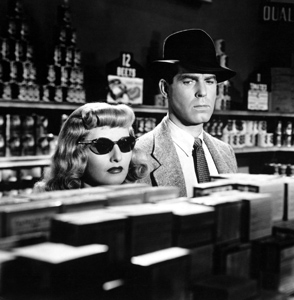 USC will open its second on-campus farmers market at the Health and Sciences Campus, Aug. 12 from 11 a.m. to 3 p.m. With the success of the Trojan Fresh Market and USC’s effort toward sustainability and healthy eating, the HSC Farmers Market will offer fresh fruit, vegetables and baked goods as well as have Sorbé Fruit Puree Smoothies from Caffe D’Amore and dried fruits and nuts from Alex’s Fruits & Nuts.

The HSC Farmers Market is open to the public and will be held monthly. Parking is available in the Biggy Structure, Lot 70 or Lot 71.

The revamped bus routes will reach deeper into Santa Monica and nearby communities and provide service to a new 225-space SMC parking shuttle lot, on Stewart Street and Exposition Avenue just off Olympic Boulevard.

Big Blue Bus will launch a new route, called “Sunset Ride,” that will connect the shuttle lot with the SMC main campus and two of its satellites – the Academy of Entertainment and Technology and Bundy Campus.

It’s quite a twofer: an Alfred Hitchcock and Billy Wilder film in one night! Saturday, Aug. 15, beginning at 7:30 p.m., as part of “The Jaundice Eye: Hollywood’s Sidelong Glances at Human Nature” series, Double Indemnity with Barbara Stanwyck starts the night off.

After the Wilder flick, get ready for Hitchcock; Cary Grant and Ingrid Bergman star in Notorious, one of Hitchcock’s best and most intriguing thrillers. See these two classics at the Billy Wilder Theater at the Hammer Museum, 10899 Wilshire Boulevard. $10.

For nearly 10 years, students, faculty and staff have joined forces to share food with the homeless and hungry in the L.A. region, especially Santa Monica. On, Tuesday, Aug. 18, gather in Malone Student Center (1 LMU Drive, ?Los Angeles) at 11:30 a.m. to pack lunches. At 12:15 p.m., drive to Santa Monica to distribute the lunches.

USC to Open Office in Shanghai

According to their site, USC is the nation’s leader in international education, with 7,189 international students enrolled for the most recent academic year, the largest number of any U.S. university.

On Aug. 4, USC’s Office of Globalization announced the opening of a new international office in Shanghai, China. The number of USC offices in Asia is now four, with the other Asia offices located in Hong Kong, Taipei and Tokyo. There is also an office in Mexico City. Two more, in Seoul and India, are scheduled to open later this year.