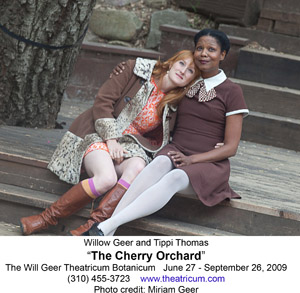 Anton Chekov’s last play, “The Cherry Orchard,” was always meant to be a comedy. But with themes like the futility of resisting social change and a heavy second half, it reads more like a tragedy. In Heidi Helen Davis and Ellen Geer’s new adaptation, the play retains its cultural undertones by setting it in 1970s Virginia, when the Civil Rights Movement is shaping a new cultural landscape.

Although the actors mostly seem to have a good feeling for whom their characters are, the play suffers from the choice to try for Southern accents. Some of the actors manage to pull Southern off flawlessly, some are hit or miss and some just choose to ignore it altogether.

This adaptation is heavy-handed with cultural ideology, and while it did have its comic moments, in the end, it wasn’t the feel good romp through Virginia implied in the program.