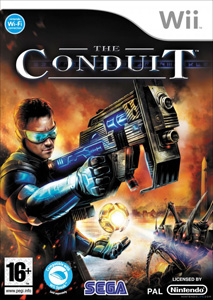 First person shooters seem to be the biggest victims of their own success. Players’ fascinations with running and gunning through AI bad guys or against elite Internet mercenaries have spawned countless first-person titles. In fact, this number is greatly boosted thanks to easy access to game engines like Source and Unreal.

With such a heavy saturation of games on the market, it is difficult for FPS developers to make their games truly stand out. Some developers rely on original or quirky takes on the mechanics – from the portal gun in “Portal” to the Pixar-esque graphics of “Team Fortress 2” – while others offer wider varieties of weapons and vehicles.

“Halo,” arguably the biggest name in console first person shooters, combines intense action with a unique, memorable storyline. Even then, they still struggle against the mass of competitors.

The summer has brought with it two genuinely unique titles that offer original mechanics, unique weapons and intriguing storylines. Each of which easily stands out from the regular flow of FPS titles that regularly flood your local game store. Unfortunately, both also suffer from a couple of classic shortcomings that hurt so many shooters.

“The Conduit” is a true triumph in first person gaming for the Wii. The game is a genuinely enjoyable first person shooter that is actually enhanced by the Wii controls.

The storyline, a tale of alien infiltration of the government and one man’s struggle to fight the seemingly unstoppable foe, may not be the most original concept, but it is beautifully depicted with just enough humor, suspense and other nice details to really flesh out the experience. The addition of the game’s main gimmick – the ASE (or All-Seeing Eye) – not only helps to find hidden items, it also becomes an invaluable tool for survival as well as a clever way to keep gamers on task.

That said, “The Conduit” does suffer from a couple of age-old FPS problems that keep it from being all that it could be. Since enemies are often easy to take down in the open, the game chooses the classic shortcut of just throwing far too many aliens at you at once.

This is made worse by the fact that many enemies can see and shoot you before you fully turn corners, often with weapons that can destroy half of your health in one shot. Granted, these are far from game-killers, but the detail that went into the design would be better matched with less but smarter AI.

“Infernal: Hell’s Vengeance” offers far more standard FPS fare, but with a far more devilish twist. In this Xbox 360 port of a 2007 PC title, you play as a fallen angel who embraces Hell’s power in a world where Heaven and Hell are rival corporations.

While your primary source of death-on-demand will still be traditional guns, your pact with this world’s businessman devil gives you unholy powers like hellfire weapon enhancement and teleportation. The game does a good job of throwing some unique problems at you – many of which can’t be solved with guns – all without ever taking itself too seriously.

Unfortunately, this game is hindered by some flaws that are even unforgivable for the 2007 original. The biggest problem is that it does not have any AutoSave feature, an issue that is made even worse by the fact that cover is essentially useless and you can die from a short fall. While you will have fun absorbing the souls of your fallen rivals, the constantly shifting difficulty and inevitability that you will get lost often really hurts this title.

Games & Gadgets
Gaming against sexual assault, with 'Decisions That Matter' and other video games
1,269 views