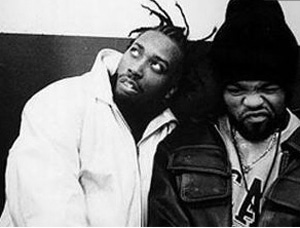 See the ODB tribute Dirty: One Word Can Change the World Aug. 21.

Although the Grammy Museum at L.A. Live is less than a year old, it is already an integral part of Downtown’s tourist offerings, and their rotating explorations of music’s cultural impact make it a must-see for fans of all genres. But it’s the museum’s participation in this year’s Downtown Film Festival Los Angeles that solidifies its importance in the area’s recent renaissance.

Started last year by a nonprofit arts organization, the DFFLA hopes to bring cinema glory back to what was once the epicenter of the film industry by screening new and classic independent and studio films in a variety of historic and not-so-historic venues. The film festival – like Downtown itself – is an impressive smattering of old and new and the Grammy Museum’s eclectic screening schedule fits right into the pile.

Start tonight, with a free introduction to the series called “Where Music Meets Film.” An actor/musician (Tyler Hilton), composer (Matt Messina), author (Del Breckenfeld) and CEO (Edmonds Entertainment) will speak about the intersection between music and independent film, providing a contextual background for the upcoming week of music-related film.

From classical to jazz, soul and rock to hip-hop, the Grammy Museum’s film choices present not only the many ways that music and film can interact, but also the wide array of genres that the museum is fit to explore. 7:30 p.m. $15 per screening; $100 for series.