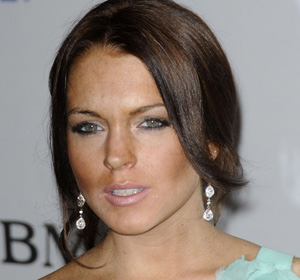 Grindhouse was a project that came out in 2007 by Rodriguez and Quentin Tarantino. The title was an homage back to old grindhouse theaters of the ’60s and ’70s that showed very low budget films, featuring lots of gratuitous violence and sex.

The project consisted of one film by Rodriguez (Planet Terror) and one by Tarantino (Death Proof) to mimic the double-feature style of that era. Grindhouse was not a financial success, but I had a great time with it.

In addition to the films, Tarantino and Rodriguez even paid homage to the movie trailers of that era and commissioned Rob Zombie (The Devil’s Rejects), Eli Roth (Hostel) and Edgar Wright (Shaun of the Dead, Hot Fuzz) to make fake trailers that were sandwiched between the films.

Rodriguez made a fake trailer of his own that played before the films titled Machete, and when I saw it the first time, there was no doubt in my mind that it could be an awesome full film. Danny Trejo (Desperado, Halloween) stars as Machete, a Mexican who is betrayed by politicians who hired him to kill and seeks revenge against them.

The original trailer only starred Trejo and Jeff Fahey (“Lost”), but for the feature, a much larger cast has been added that includes Robert De Niro, Jessica Alba, Michelle Rodriguez, Steven Seagal, Lindsay Lohan, Cheech Marin, Don Johnson and Jeff Fahey. This has automatically moved to the top of my short list of films I’m excited about.

All good news today: After kick-starting a franchise that spawned three sequels and two spin-offs, master filmmaker Ridley Scott is returning to direct the next Alien film. Released in 1979, Alien became one of the best and most influential science-fiction horror films of all time.

The film starred Sigourney Weaver, Tom Skerritt, Harry Dean Stanton, John Hurt, Yaphet Kotto, Ian Holm and Veronica Cartwright as the crew of a spaceship that lands on a mysterious planet, investigates a crashed spaceship and brings aboard an alien life form that basically kills everybody.

What was so brilliant about the first Alien was how Scott played with suspense. Instead of chaos and mayhem, Scott used silence and emptiness to ratchet up the suspense level to the point of fever pitch.

Alien was also made back before computer generated effects were available, so you rarely actually saw the alien before it was right on top of you. The reason you didn’t see it was for the simple fact that they couldn’t show it to you, but that was so much more effective than today when you get to see everything quite early on in films.

In a way, Steven Spielberg’s Jaws and Scott’s Alien are very similar in the sense that you don’t see the creature until the end of the film. I think doing that is more effective because you create a lot more mystery.

While I am fond of all the Alien films, the first one and the sequel, Aliens, directed by James Cameron, are my favorites. Apparently this new film is going to be a prequel to the first one, and I’m totally cool with that considering that Sigourney Weaver is too old to be in a film set before the original. I know it’s bad to set your expectations high, but this is definitely going to be awesome, guaranteed.