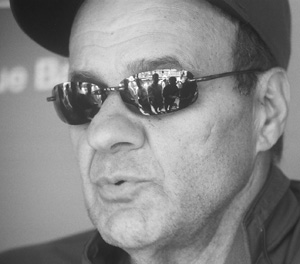 The days of feasting appear to be over for the Dodgers as they look over their performance during the last several weeks of play. The team, which boasted the best record in baseball for more than three months, can no longer claim that honor after losing 11 of their last 17 games through Sunday.

After dropping two consecutives series against the Milwaukee Brewers and Atlanta Braves last week, a little reflection is in order. Manager Joe Torre thought as much when he called for a closed-door team meeting Sunday morning.

“I wanted to add my perspective,” he said. “We really haven’t played well for a period of time, and we’re still controlling our destiny.”

Just what is the destiny of a team that holds a five and a half game lead over their nearest division contenders in mid-August? At a glance, history would appear to be on the Dodgers’ side as most teams go on to win their division title when leading by such a margin at this stage. Yet history also bears witness to multiple occasions of shocking collapse and reversal of fortunes.

Nobody knows this better than the second place San Francisco Giants, whom the Dodgers face for a three-game series this week. The longtime Dodger rivals still celebrate 1951, a year when the New York Giants trailed the Brooklyn Dodgers by 13 games in August, only to vanquish Brooklyn by season’s end.

Torre remembers it well. At the time, he was an 11-year-old Giants fan growing up in Brooklyn and taking flack from his neighborhood pals for rooting for the enemy.

We don’t know how both teams will fare down the stretch, but the Giants will not be going away anytime soon. The Giants pitching staff currently owns the best ERA in the National League, and if history tells us anything, it is that pitching is everything when it comes to winning in the late season.

Surprisingly, the much-maligned Dodger starting rotation has performed fairly well in recent weeks. By contrast, the relief pitching has been inconsistent, at times a total wreck.

Dodger bats have hit a frustrating lull as well. In recent weeks Manny Ramirez matched his all-time high by going 44 at-bats without an RBI.

Despite all of this, Torre is confident in his team.

“I’m not a negative person,” Torre offers. “We just have to tough it out. It’s never fun, but that is what makes the winning aspect very satisfying, the things you had to deal with on the way there.”