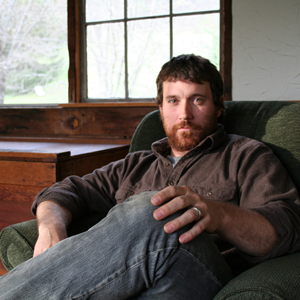 The innovative Revival Tour 2009 will be stopping at the El Rey Theatre Nov. 7. The tour takes its name from the fact that the show is performed in the traditional “revival” style whereby the cast of musicians on stage is constantly changing, and there are no set changes or interruptions of the music.

The tour, now in its second year, was founded by Chuck Ragan of Hot Water Music, and he’ll be presiding over a roster that includes Joey Cape of Lagwagon, Jenny Owen Youngs, Chad Price of Drag the River, the Water Tower Bucket Boys, the Zydepunks, Steven Brodsky of Cave In, Tim Barry of Avail, Jim Ward of Sparta and Sleepercar and many others. Expect the show to present a mixed bag of Americana, rock, punk, Irish folk, Cajun, zydeco and blues music with the performers making up the set list as they go.

The Guitar Center’s Drum-Off competition is taking applications for this year’s contest to find the country’s best, unknown drummer. Interested drummers need to apply in person at any Guitar Center location where each store will be accepting 30 applications on a first-come, first-served basis.

Preliminary rounds of the drum-off begin in individual stores Sept. 24 and continue through to the finals in January. The prize package for the champion is: $25,000 cash, a Roland TD-25 electronic kit, a custom designed drum kit by DW, Pearl, Gretsch, Tama or Orange Country Drums, drum, stick and cymbal endorsement deals, a feature in Modern Drummer magazine, a VIP appearance at NAMM 2010 and a Monster Energy Drink endorsement deal.

The competition is now in its 21st year, and some of the past winners include Eric Moore II of Suicidal Tendencies, Thomas Pridgen of the Mars Volta and Tony Royster Jr. of Jay-Z’s band.

Lotus: Pay What You Want!

Electronica jam band Lotus has announced that their upcoming tour will include a week of “pay-what-you-want” dates that include an Oct. 6 stop at the Roxy. The offer is available only through TicketWeb, and if a ticket valued at $15 or higher is purchased, the buyer will also get free digital downloads of the two new Lotus EPs also due Oct. 6, Feather on Wood and Oil on Glass.

Other cities on the pay-what-you-want leg of the tour are San Francisco, Seattle and Bellingham, Wash., Boise, Salt Lake City and Eugene and Portland, Ore. The Lotus tour continues through the end of November with tickets available at regular pricing.

It’s time to start thinking about whether you’re going to go to South by Southwest (SXSW) in Austin, Texas next March. Applications for bands wishing to be considered for a showcase in 2010 are being taken through Sonicbids, and that’s the only way to apply this year. Full details can be found on the site’s SXSW “music application” page.

Registration is now open for the festival as well, and music badges can be purchased for $595 through Sept. 25 at sxsw.com/attend. The badge allows entry into all of the daytime events at the Austin Convention Center, access to day parties and priority access into nighttime showcases. Prices get progressively higher as the event date nears.

The world lost one of its most innovative music pioneers, Les Paul, on Aug. 13 at 94. Paul will be remembered for his contributions to guitar, specifically for his namesake Gibson model.

Just 15 months after being diagnosed with brain cancer, Lit drummer Allen Shellenberger, 39, also passed away Aug. 13. The O.C. band shot to platinum status with 1999’s A Place in the Sun, featuring hits “My Own Worst Enemy,” “Zip-Lock” and “Miserable.” —YS