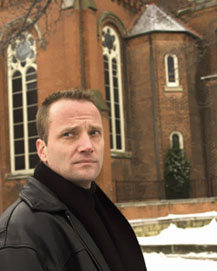 The Amnesty International Film Festival, which will run its 2005 program at the Directors Guild of America (DGA) in West Hollywood, kicks off May 24 with a gala screening of the extremely timely Strip Search, a powerful and compelling film starring Glenn Close and Maggie Gyllenhaal that explores the two stories of two different suspects questioned and then strip-searched by government officials in a post-9/11 environment. The film is a collaboration of Emmy winning "Oz" creator Tom Fontana, Oscar-winner Barry Levinson and director Sidney Lumet, all of whom will receive special Excellence in Filmmaking Awards when Strip Search screens on the fest’s opening night.

Throughout the remainder of the fest, which ends May 29, 27 films from 18 different countries will be screened. Among them are State of Fear, a documentary which presents parallels between the Peruvian and American governments; Twist of Faith, a story about a man who, upon learning that the priest who sexually abused him as a boy now lives around the corner, decides to open a line of communication with him; and the documentary Shake Hands With the Devil: The Journey of Romeo Dallaire, which tells the story of a UN peacekeeper stationed in war-torn Rwanda during its 1994 incidence of genocide.

The Amnesty International Film Fest also screens annually in Seattle, Salt Lake City and Pittsburgh. It is designed to raise awareness about human rights violations by allowing people to express their views through the film medium.