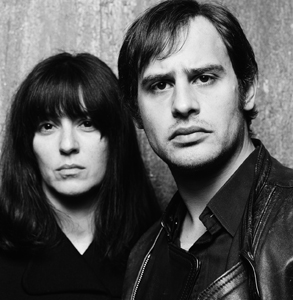 There has been a lot of moral debate over the glorification of violence in entertainment and in the media at large. When you see a film like the Academy Award nominated The Baader Meinhof Complex, you immediately understand why.

Baader Meinhof was the frightfully charismatic terrorist organization that wreaked havoc throughout Europe in the 1970s and early 1980s. Led by Andreas Baader (portrayed by Moritz Bleibtreu of Run Lola Run fame) and journalist Ulrike Meinhof (Martina Gedeck), these 20- and 30-somethings used extreme force to speak out against their hatred of capitalist greed and imperialism.

Like many other terrorist groups, they recruited the disenfranchised and the young, offering each a place in the world and gifting them with a sense of belonging. Unfortunately, Baader Meinhof also lured and seduced with freewheeling rebellion, sex and weapons.

When Ulrike’s husband becomes unfaithful, she takes her two girls and moves in with the newly formed band of miscreants. She soon falls into close favor with Andreas and his girlfriend, Gundrun (played by Johanna Wokalek).

From here, the group’s fate is sealed. They begin bombing police stations, embassies, the homes and cars of bankers and other executives. Each time, a manifesto of sorts, written by Meinhof is released to the public.

Soon, they have the support of a large section of the populace, due, in part, to their Robin Hood-esque, “taking from the rich and giving to the poor” credo. However, it’s a dismal end for these terrorists; each meets his doom behind jail cell bars.

Director Uli Edel does a spectacular job showing the horror and the fear that Baader Meinhof managed to instill in the world. From beginning to end, this movie unfolds like a big budget epic, utilizing jaw-dropping stunts and crowd sequences. Many traditional Hollywood directors might want to take a few clues from Edel on how to marry compelling drama with cinematic trickery.