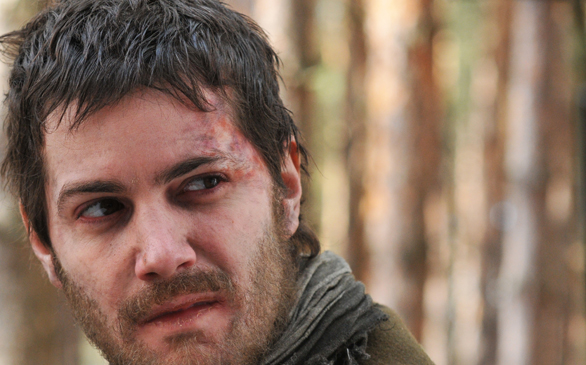 Reenacting a 1975 murder used to represent a small piece of the Catholic-Protestant conflict in Northern Ireland, Five Minutes of Heaven rounds itself out by answering a tempting “what if?”

The film is based on writer Guy Hibbert’s interviews with Alistair Little, once a 17-year-old Ulster Volunteer Force member who’d shot and killed Catholic James Griffin, and Joe Griffin, the younger brother of the victim, who’d witnessed the incident in full. The murder, an occurrence which the real Little claims was to “avenge the death of [his] friend’s father, who had been shot dead by Republicans,” is shown in footage of (what appears) authentic, vintage Belfast. Twelve-year old Kevin O’Neill as the young Joe Griffin is flawless, his face brimming with rare maturity as he watches the execution of his brother and struggles to accept his resentful mother’s blame.

When Heaven pushes into the present, we receive a fictional account of what might occur were Little and Griffin to be acquainted on a talk show, or not, and confront each other after their first failed attempt. The circumstances are based on Hibbert’s interviews – while Little has spent his life running anti-violence workshops and recognizing that he cannot expect forgiveness, Joe Griffin had allegedly told Hibbert that, given the chance to meet Little, he’d receive his five minutes of heaven in killing him.

Liam Neeson is perfect as the adult Little, understanding though not necessarily regretful. James Nesbitt as adult Griffin seems overdone in parts, but then, this would be a jaded observation to make of a character based in reality.

The sound editing largely contributes to the dramatic quality of the film; adult Griffin’s breathing as he prepares to meet Little is heavy with the anticipation of revenge, just as teenage Little’s breath had been during the 1975 murder scene.

Sporadic is the ticking of a clock, making the viewer aware of every moment that each man is forced to recall an undesirable face (Little of young Griffin as he watches him with stunned eyes, Griffin of his mother as she accuses him of letting his brother’s murder occur). While the talk show scene, emphasizing the exploitation that occurs with reality television, is least powerful for its lack of connection to the true story at hand, the violent scenes in the film more than compensate; particularly the initial murder, as well as a brief but raw fight scene between Little and Griffin in which the pair inch closer to finding the resolution that hasn’t actually come to.