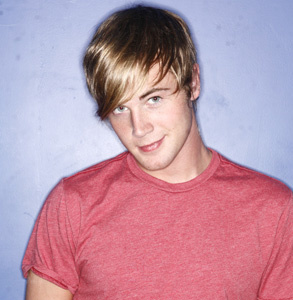 Growing up, Jimmy Robbins always knew he was meant to be a musician. He told his dad from the very beginning that he was going to work in music; his dad just laughed it off, but now Robbins throws his head back in “maniacal laughter” in an I-told-you-so sort of way. Just kidding, that’s that sense of humor I was telling you about.

Although Robbins is “totally trying to be the next Paris Hilton,” he’s not too concerned about fame, fortune or women, unlike a good portion of his colleagues.

“The way I write songs, it’s a very personal thing. I try to make it easy for people to connect to the music. I put myself out there, and I’m just hoping that will help people see that the music is a really big part of it,” he shares.

He finds his inspiration from life experience: “Whenever somebody breaks my little heart or makes it happy, I usually write a song about it.”

In addition, he looks up to classics like Tom Petty and Bob Dylan, as well as modern day artists Third Eye Blind.

Ultimately, Robbins knows he wouldn’t be here without the fans, claiming “we’re just dudes playing music; it takes the fans to actually make you something else.”

Robbins is a genuinely amiable, skilled musician with a Jesse McCartney meets surfer vibe. He may be classified as the next “hot boy,” but look past that.

Nick Jonas is the supreme teenage hottie superbob, but incredibly gifted too. And so is Jimmy Robbins, so check him out.