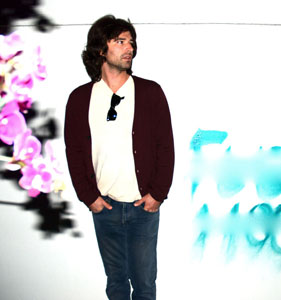 Pete Yorn is a busy man. With back-to-back tours that coincide with the release of his latest studio album (Back and Fourth) and the upcoming release of his col-laboration with Scarlett Johansson (Break Up), Yorn has been on the road since May and is currently on his own headlining tour.

“This is a consciously more acoustic record. I think it was created to counterbal-ance some of the other projects that I was working on at the time,” says Yorn.

As to whether or not Yorn has any recording preferences, he’s not too picky.

Break Up was the product of Yorn in a cabin fever frenzy.

“I’ve known [Johansson] since she was 17, and an idea came over me one day. I had a break in touring, and I was really restless at home. I was like, ‘What do I do with myself?’” recalls Yorn. “I started to freak out a little bit and thought, ‘I’ve got to do a duets record.’ Like Brigitte Bardot and Serge Gainsbourg. When I thought of Brigitte, I thought of Scarlett, and I texted her.”

Yorn continues, “She was making a movie at that time, so I only had two after-noons to get everything I needed from her. It turned out good. It’s called Break-Up, but it’s kind of a happy record.”

Back and Fourth is currently available. Break Up will be available Sept. 15. Pete Yorn will perform Aug. 27 & 28 at Henry Fonda Theater. For more information, visit peteyorn.com.