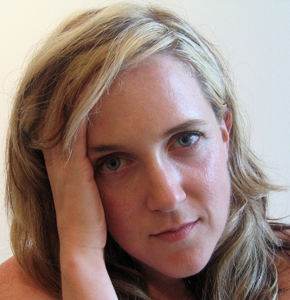 They are our fickle friends. They are the ones who take us to the bar, intoxicated with the prospect of good company and a splendid night, and who, at the end of the night, leave us drunk, sick and lonely.

They maintain a surface friendship with the superficial and remain only acquaintances with the true of heart. They are beauty, society and time, and they are wicked to those who trust them.

Mitch McCabe grew up as the daughter of a well-to-do plastic surgeon. As a child, she first discovered the magical world of age-reversal by way of relatively simple, though expensive, operations. She met her father’s patients, learned their stories and even captured video of his appointments.

Now, as an adult, McCabe is more confused than ever as she spends decades documenting her battle with lines, wrinkles and flab. In her film, Youth Knows No Pain, she spends two years traveling across America to discover why our nation so desperately goes under the knife to find the cure for aging and the untapped fountain of “eternal” youth.

The anti-aging, pill-popping, exercise-obsessed, pro-lotion industry takes in about $60 billion a year. This movement has hit all aspects of American culture, especially the characters in this documentary who refuse to accept the toll aging plays on their bodies.

McCabe is very much the Alice-like figure who fell, befuddled and confused, down one hell of a rabbit hole. She turns the camera on herself as a way to grab the audience, ask the hard-hitting questions and encourage us, the image-conscious viewer, to do the same. Because the people McCabe brings to us aren’t all rich and famous and all that beautiful, really.

We all don’t want our temporary human shell to give out so quickly. So we fight off time as much as we can.