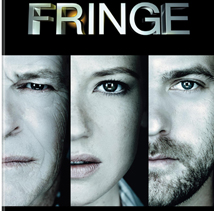 The Idiotbox: Super producer J.J. Abrams follows up “Lost” with “Fringe.” “The X-Files”-influenced show follows an FBI agent and her two scientist allies, one a patient at a mental institution, in their investigation of a series of increasingly bizarre phenomena, from invisibility to astral projection. Soon they begin to suspect a global corporate conspiracy is at work. Joshua Jackson stars. The Complete First Season is now available.

“The Wire”’s Amy Ryan and Idris Elba join the cast of “The Office” for Season 5. Unfortunately the all-star ensemble show is prematurely showing its age. With the Jim/Pam dynamic resolved, the show lacks an emotional core, while relying too heavily on the too-similar goofballs Michael, Dwight, Andy and Holly. The addition of Elba’s overly austere boss drags things further down.

“SNL’”s Amy Poehler gets her first starring role in Parks and Recreation: Season One. While assembling a very workable cast, including Rashida Jones (“The Office”) and Aziz Ansari (“Human Giant”), the show never really finds a dynamic that works.

Funny Business: Cult comedian Demetri Martin is poised to break out with his starring role in Ang Lee’s upcoming Taking Woodstock. Check out his comedy work with the innovative and hilarious “Important Things with Demetri Martin.” Combining stand-up with sketch comedy, each episode focuses on one important thing, such as chairs or coolness, and runs with it. Season One is now available.

Action! Jason Statham returns in the over the top action-fest Crank 2: High Voltage. Along the way he squares off against Chinese and Mexican gangsters, armed strippers and the LAPD. It touches all the requisite bases – gunplay, hot chicks and car chases. Look for the late David Carradine donning Charlie Chan yellowface.