The Real Supplies You Should Stock Up On 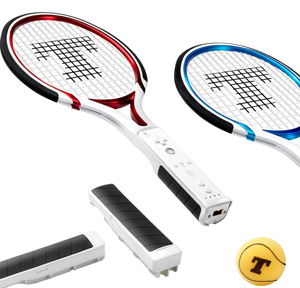 It’s a new school year, but you’re still stuck with the game controllers from last year. If you get a new highlighter each year, why are you still using the PS3 controller with the smashed X-Button or the Wii remote you dropped behind the couch last year? Here are some great replacement products to get you ready for a new gaming year:

This sleek black PS3 controller may look almost identical to the regular PS3 controller, but that is the beauty of it. dreamGEAR has put together a strong alternative to the Sony-branded controller at a lower cost. The Shadow Wireless also features a powerful dual rumble motor system, rubberized coating for a more comfortable, slip-free gaming experience and better L2/R2 placement.

The Core Pak features the Wand – Nyko’s answer to the Wii Remote – and the truly cool Kama. While the Kama may look identical to the Nunchuk, it has a built-in motor to spread the rumble sensation to both hands. This truly enhances gaming, especially in FPS and sports games where you get the full impact of every shot and collision. The Core Pak even comes in a hard plastic case that they suggest you recycle as a planter or supply holder.

While many specialty Wii accessories have limited use, Thrustmaster managed to make an accessory that is fun even without the Wii. The Tennis Duo Pack NW offers two Wii Motion Plus-friendly Remote-holding rackets that work well (with lots of space) in tennis-themed Wii games. In a stroke of genius, they also included a foam ball so you can play indoor dorm tennis with limited risk of breaking stuff, an experience that may make you forget you have a Wii…