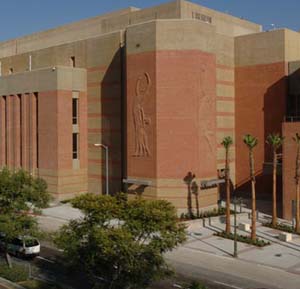 U.S.News & World Report ranked Cal State Long Beach (CSULB) the fourth best university among public master’s universities in the western United States in the 2010 edition of America’s Best Colleges Guide. This marks the second year in a row CSULB has ranked fourth after moving up a spot in the 2008 report.

CSULB ranked third lowest among master’s universities in the west in the “Least Debt” category, with 41 percent of its grads leaving with an average debt of $10,671. CSULB was also recognized for its racial diversity, ranking sixth among all master’s universities in the western region, and its College of Engineering was ranked among the best undergraduate engineering programs in the nation.

The rankings were based on total scores assigned to universities after adding up the points earned for sustainability efforts in the eight categories of academics, administration, efficiency, energy, food, purchasing, transportation and waste management. For waste management, UCLA received a perfect 10.