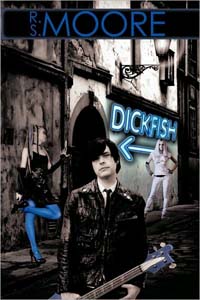 Ultimately, though, Dickfish is an account of camaraderie, kinship and an unconstrained lust for living life to its copious capacity. Dickfish is an effortless and easy read, and Moore maintains a light tone throughout the breezy book: His text teems with alliterations and metaphor-laden lyrics, and the obscure rock music allusions will keep some competing to recognize each name-checked artist.