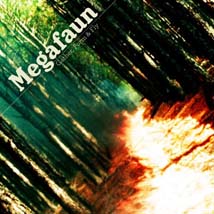 Megafaun’s Gather, Form & Fly is a mellow and laid back second album, enriched with instrumentals and saturated with musical experimentation. There is a pretty heavy country influence, indicated by the bountiful use of the banjo and harmonica; however, the creative risks taken, like beginning “Darkest Hour” with water droplets and ending it with a thunderstorm or by beginning “Columns” with an introduction similar to a monologue, make the album seem more like the Postal Service versus country stars like Tim McGraw or Kenny Chesney.

There are beautiful vocal harmonies and rounds, similar to those of the Fleet Foxes, also found on “Darkest Hour,” but the focus remains on the instrumentals throughout the album. Although some of the experimentation seems strange, Megafaun definitely has an original sound, one that is incomparable to other musicians, but would fit right in with the Garden State soundtrack, and that makes this album worthwhile.