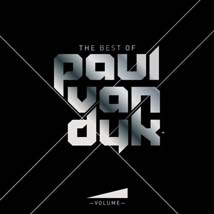 For an Angel” is one of the most-requested Paul Van Dyk tunes of all time so it’s only proper that the house music giant gives it the lead off spot – with a new mix – on this two-disc “best of” collection. “Angel” leads into the set’s only brand new song, a high-BPM number called “Home” that features vocals from Vega 4’s Johnny McDaid.

The first disc presents original material highlighted by cuts like “White Lies” featuring Jessica Sutta of the Pussycat Dolls, but the mix encompasses tracks gleaned from Van Dyk’s entire discography going all the way back to 1994’s 45 RPM. Van Dyk flaunts his heavyweight resume on the second disc beginning the mix with a hard thumping version of Justin Timberlake’s “What Goes Around…Comes Around” that leaves only snippets of the singer’s vocals intact; a similar treatment is given to Bono’s vocal on U2’s “Elevation” where the singer’s voice is reduced to quick bursts that become part of the song’s rhythm.

Remixes of Depeche Mode, Timo Maas, New Order and Faithless songs are included in this set that concludes with a steamy mix of Britney Spears’ “Gimme More.”

Volume: The Best of Paul Van Dyk is currently available.