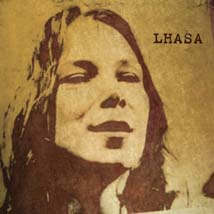 The Marquis de Sade once assembled a perfect line of text, “the sequel of this sentiment is madness,” and there’s no more flawless phrase with which to describe the third record from Lhasa de Sela, who produces her own work, records to tape and performs “Is Anything Wrong” like Jolie Holland minus the accentuated accent. She’s also got “Rising,” a beautiful number carried by a graceful 3-4-5-6-5-4 finger-picking pattern, and “The Lonely Spider,” a tastefully whimsical metaphor for the woman desperate to pull back the man she’s lost.

Lhasa’s aging gracefully; her voice is painted somewhat like Leslie Feist’s these days, but hers is smoother and more effortless, and her music more sensual and elegant. The sloppy angst that came with her first (Spanish-language) record, 1997’s La Llorona, is gone, and she’s not going the multilingual route, as she did on her significantly better follow-up.

Instead, she’s now got a complete album tracing the loss that follows love. “I’m Going In” epitomizes Lhasa, such frailty in her voice, surely untrained, instinctual and suited to the mood created by her cautious fingertips on piano. The story of never-ending, unrequited love that occupies “Love Came Here” would be better suited to the dreamy drone of “Bells” than the sultry stomp that will likely make it as a college radio single, but then, were that the case, it would turn into a duplicate of “Fool’s Gold,” a near-perfect ballad of heartbreak.