Bridging the Gap from College to Career: Recent grads share their keys to success. 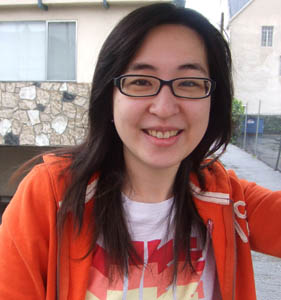 After graduating from college, school, for once in life, is finally over. What’s next? Four months ago, two CSUN students walked in synch to “Pomp and Circumstance” in front of hundreds of people to accept their bachelor’s degrees, wave farewell to school and say hello to the real world and a new phase of life.

One broadcast journalism major remembers the intimidation she felt before graduating.

The 21 year-old says the hurting economy made things depressing and scary as she found herself without a job offer after finishing her second internship at NBC Universal’s “Access Hollywood.” Kanian yearns to be an entertainment journalist or an “E! News” host and knows she only wants to be in front of the camera. Instead of moving to a small town news market to start out like most graduates in her field are advised to do, Kanian says she is not ready to leave her hometown of Los Angeles.

“I’m very determined,” she assures. “Every goal I’ve set for myself, I’ve reached. I’m gonna try everything in California before I have to move.”

Kanian isn’t kidding. When a coworker at “Access Hollywood” suggested she get comfortable talking to the camera, Kanian started a YouTube video blog or vlog, if you will. Now a few hundred people watch her weekly entertainment commentary while she gains confidence and practice. She has also uploaded her official anchor and reporting demo reel for potential employers to see.

Besides experience and dedication, there is another worthy and proven resource for graduates to get their foot in the door – and that is networking.

“It’s really about who you know. You have to be really talented but know the right people,” says Dara Wedler, who just earned her Bachelor of Music with a concentration in commercial and media writing.

The CSUN graduate met almost all of her networking contacts while still in school and at her first internship at Warner Brothers. Wedler says networking enables her to hear of a job opening first before it’s posted anywhere, if it even is. She then e-mails the contact her resume and a response secures an informal interview.

Networking is crucial because it is better to be recommended to someone by an industry insider than try to get hired through a blind application process alone. Wedler secured her second and most valuable internship yet through networking.

She says it’s a challenge entering the job market of a dynamic industry, especially during hard economic times, but she won’t let it stop her.

“It’s a running joke among musicians and entertainers to stay in school as long as possible, because there are no jobs available,” says Wedler. “You take what you can get. I’m working for no pay right now.”

However, Wedler is earning something more important as the only intern at Creative Control Entertainment. The 23 year-old gets to assist the music supervisor and finally achieve hands on experience researching and writing music to film.

She is earning screen credit for her work, not to mention experience, a longer resume and more contacts. These invaluable tools and her willing attitude will prove lucrative her entire career.

The road ahead is challenging, but Kanian and Wedler both know experience, networking and commitment are all they need as young talented graduates to reach their goals. Kanian sees herself open to change if it means following in the footsteps of her role model and longtime Fox anchor, Christine DeVine. Wedler plans to work long, hard hours gaining experience as an assistant before becoming a professional music supervisor like the ones she says she had the honor of working for at Warner Brothers.

No matter what field a graduate is pursuing, it takes a deep down love and passion to make work a priority when there is no guarantee of pay or contract. While some businesses are more accessible than others, it takes risk, sacrifice and dedication to pass the first tests of any career. Time can tell who succeeds, but the future starts in our hands.

Kanian and Wedler have the same advice for current graduates and students: just do it and put yourself out there.

“Confront your fears because they’re not going to go away unless you work through them,” says Wedler. “Put 100 percent in whatever you do, and you’ll eventually be successful.”