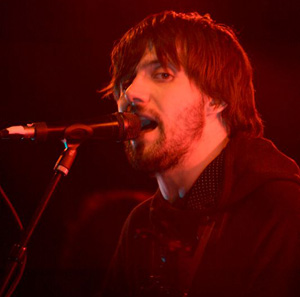 One never knows exactly what to expect at a Conor Oberst show. Whether touring as part of Bright Eyes, the Monsters of Folk or with his current group of musicians, the Mystic Valley Band, the only thing one can be sure of is a thoroughly fun evening of musical madness.

The band got the crowd moving with “Spoiled,” “Sausalito” and “Souled Out!!!” – all pulled from their arsenal of tunes from last year’s Conor Oberst album and this year’s Outer South. The set had its quiet, reflective moments, too: “Milk Thistle,” “White Shoes” and a Native American/tribal version of “Cape Canaveral.”

Guitarist Taylor Hollingsworth and drummer Jason Boesel took turns at the mic providing vocals for “Air Mattress” and “Difference Is Time.” One of the best moments happened when Oberst gave a shout out to one of his favorite L.A. groups, Rilo Kiley, and that band’s frontwoman, Jenny Lewis, joined them onstage for a rockin’ cover of Rilo Kiley’s “Portions for Foxes.”