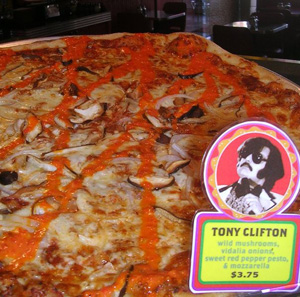 Pizza is one of the most essential parts of a college diet. It’s cost-effective, makes great leftovers and you can share it with your friends! There’s hardly a campus that doesn’t have a parlor close by. Only thing with pizza: though you don’t have to shell out much money, it can be a little boring.

One of New York’s most original franchises, Two Boots, has come to the rescue with innovative toppings that don’t break the wallet. One of the original partners is a Cajun cuisine enthusiast who integrated Italian cooking and flavors into his Great Jones Café in New York.

Two Boots was created when the success of the eatery’s cornmeal crusted pizzas allowed them to open an exclusive pizza slice and delivery service across the street. Two Boots is appropriately named after the shapes of both Italy and Louisiana.

Now, almost half a century old, Two Boots has graced the West Coast with their presence, specifically Echo Park. My first thought (as an honorary New Yorker) was “great, not only did New York come to L.A., but they picked Hipsterville Central.” Nevertheless, Two Boots is nestled in a perfect location, right next to the world famous Echo/Echoplex.

The signature pizzas are why Two Boots exists on a different level than your average pizzeria. With great names fashioned after some pop cultures cult favorites: The Dude’s pie is likened to a bacon cheeseburger, Mr. Pink’s offers marinated chicken with tomatoes, fresh garlic and mozzarella cheese. Tony Clifton, of course, has wild mushrooms with a red pepper pesto and Larry Tate is a white pie with spinach, plum tomatoes and fresh garlic.

One of my favorite things about Two Boots is that you can order by the slice. And just like any great pizzeria, you can order a sandwich if you’re not in the mood for pizza. The Po’ Boys run $7.50, served with your choice of garlic mayo or New Orleans remoulade dressing and are served with a spicy side of coleslaw.