Not Required Reading List: When You’ve Had Enough of Your Syllabi 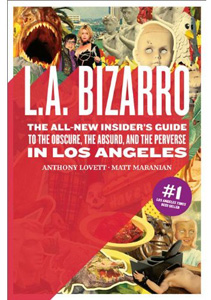 Nothing says end of summer like fresh, ripe tomatoes and blackberries from your local farmers’ market. Luckily for us Angelenos, these markets have become as ubiquitous as sunshine and lattes. Two terrific cookbooks to help exploit this phenomenon are The Santa Monica Farmers’ Market Cookbook, by Amelia Saltsman and Rustic Fruit Desserts, by Cory Schreiber and Julie Richardson.

Chock full of mouthwatering, seasonal recipes, Saltman’s book provides basic tips, like roasting vegetables, as well as advice on obscure legumes, like tromboncino trifolati – a kind of squash. There are also more intricate dishes, like chicken legs with kumquats, prunes and green olives.

Exploiting everyone’s sweet tooth, Schreiber and Richardson’s cookbook, subtitled Crumbles, Buckles, Cobblers, Pandowdies, and More, offers up a formula for just about every fruit in existence. From the typical apple, pear and cherry to the more rarefied fig and rhubarb, Rustic Fruit Desserts, provides something for everyone. The difficulty, after a visit to the farmers’ market, will be in having to make a choice between gingered peach and blackberry pandowdy and stone fruit upside-down cornmeal cake.

Bursting with tidbits about “the obscure, the absurd, and the perverse” oddities that make up this city, like the World’s Largest Painting, the Hall of Crucifixion and Chicken Boy and the Chicken Boy Souvenir Stand, Anthony Lovett and Matt Maranian’s now classic L.A. Bizarro provides opportunities for a million mini-vacations right here in the City of Angels.

Looking for a little travel inspiration? Why not check out Tom Killion and Gary Snyder’s Tamalpais Walking? A gorgeous homage to one of the most beautiful places on the planet, this original book combines poetry, history and prints in a unique format.

For dog lovers, animal lovers and lovers of insightful writing, Soul of a Dog, by Jon Katz, will delight with each turn of the page. Following the exploits of a menagerie of animals, with special attention to Katz’s dog Rose, this unique perspective into the workings of canine behavior overflows with interesting anecdotes and tales.

Honest, funny and true, What I Thought I Knew: A Memoir, by Alice Eve Cohen, stands out in the oversaturated genre of confession by sheer will. Burdened with a string of unlikely medical and ethical dilemmas, Cohen handles each trial with grace and a will that I’m not sure she even knew she possessed. As readable as any piece of fiction, What I Thought I Knew will make your own life feel like a breeze.

Escapism at its best, A Year on Ladybug Farm, by Donna Ball, follows three friends as they transform their suburban lives into something entirely different. If you’ve ever fantasized about country living, the desire to be closer to the earth, this novel will fulfill your every fantasy.

Whimsical and soulful, like Mark Haddon’s The Curious Incident of the Dog in the Night-Time, The Good Thief, by Hannah Tinti, tells the mysterious story of a young orphan thrown into the winds of fate. Original and delightful, Tinti’s writing keeps you guessing.

The best part about Roy Rowan and Brooke Janis’ First Dogs: American Presidents and Their Best Friends is the pictures of the commander-in-chiefs and their furry pals. See Clinton with Zeke, JFK and Dunker and, of course, Obama with Bo.

The Girl Who Played With Fire, Stieg Larsson’s latest thriller, the sequel to the searing The Girl with the Dragoon Tattoo, will not let you loose from its grip until you turn the final page. The unforgettable characters of Mikael Blomkvist, and particularly Lisbeth Salander, will leave you panting for the next installment (also available on CD).

Obsolete: An Encyclopedia of Once-Common Things Passing Us By details a long list of objects and ideas that are quickly disappearing, or have already vanished. Browse these short essays about boom boxes, privacy, traveler’s checks and writing letters. It’ll make you laugh – or cry.

Like a cozy, lazy day in the sun, sipping an Arnold Palmer, Elizabeth Strout’s Olive Kitteredge provides just the right amount of comfort. Similar to Sherwood Anderson’s Winesburg, Ohio, the novel follows the hearts and minds of a variety of people living in small town America as they grapple with the big and small in their complicated and sometimes grief-stricken lives.

Full of sturm and drang, Trouble, by Kate Christensen finds two friends at two very different crossroads in their lives. Both choose to deal, or not deal, with their respective nervous breakdowns by fleeing to Mexico for an exotic romp. Trouble offers a vicarious thrill into how not to live your life.

With Washington especially in the spotlight these days, enjoy Very Washington DC: A Celebration of the History and Culture of America’s Capital City, in which Diana Hollingsworth Gessler paints watercolor sketches to capture the charm of one of the most visited U.S. destinations.

In Amy Stewart’s Wicked Plants: The Weed That Killed Lincoln’s Mother and Other Botanical Atrocities you’ll learn that death camas can cause drooling or frothing at the mouth, and coyotillo berries may cause paralysis.

Uglier Than a Monkey’s Armpit: Untranslatable Insults, Put-Downs, and Curses from Around the World is an incredibly funny read. Brush up on the British’s “couldn’t organize a piss-up in a brewery” (general uselessness) or Early English’s “spatherdab” (gossip).

If you’re intimidated by the length of the last Harry Potter, why not listen in the car? Harry Potter and the Deathly Hollows, by J.K. Rowling, will make you want to drive from Los Angeles to Seattle – anything to keep the CDs coming. If you haven’t begun the series or perhaps find yourself somewhere in the middle, try Harry Potter and the Chamber of Secrets. The second book in the series plunges the reader right into the midst of things with action and pathos. Harry’s second year at Hogwarts thrills from beginning to end.

It’s not fun, but you’ll probably need these – or know someone who does. How to Get A’s in College offers hundreds of student-tested tips, while How to Survive Your Freshman Year outlines advice from hundreds of students who did (It also presents some things to avoid from a few dropouts.).