Directing Out of their Comfort Zone 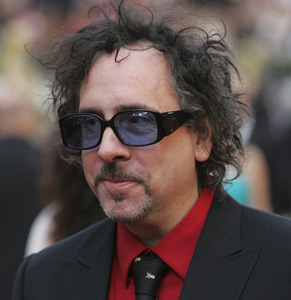 There’s nothing better than the marriage of the right filmmaker with the right material. But sometimes the most awesome films happen when a filmmaker steps out of his comfort zone and works in a genre he’s not used to. The reason why this can be effective is because a really good filmmaker changing up his style will often come up with an approach to something that’s unique and unlike what has come before it.

I have selected five directors I really like and have chosen on their behalf a genre I would love to see them work in. Not only are these guys tremendous directors, they also bring a lot to shaping the material they’re working with to make it interesting and fresh.

It might be that the reason we’ve never seen these directors work in these genres is because they may not have any interest in it, but just close your eyes and imagine how awesome these films would be if they were to actually happen.

Burton is one of the best visual directors in the business. The worlds and universes he creates for his films are very distinct and unique, and I’m willing to bet that seeing him do a western would be beyond cool.

Not a sci-fi otherworldly western, I mean a straight up, no joke, authentic western. As long as the story was grounded in reality, I wouldn’t mind if he let his creative visual style go crazy.

Nolan is great with story, and I know he wouldn’t settle for the cliché “losers become winners” storyline. He’d get in there and craft some sort of deep psychological tale about the inner struggle of an athlete or possibly a whole team. He’d also figure out how to put the sports scenes together so that it wasn’t just, “Oh, who’s gonna win the big game?” (Yawn.)

After Inglourious Basterds, it’s clear that Tarantino is capable of a lot more than a lot of people probably give him credit for. We all know he knows how to shoot really well, but he’s also great at pulling fantastic performances out of actors.

A courtroom drama is all story and all performance, and Tarantino is great at both. He’s also great at casting against expectation, so you could imagine that whoever rounded out the cast would be really cool. I can already see Samuel L. Jackson playing the prosecutor or the judge or something.

Being the Scorsese maniac that I am, it was a given I was going to pick him. Scorsese has traversed many genres in his long career, but he’s never done a straight up science fiction film.

Science fiction doesn’t necessarily mean lasers, aliens and spaceships, rather a heightened reality in an alternate universe, whether it be more complex than our own or more simple. It’s more likely that Scorsese would want to do a story that was grounded in a more realistic world as opposed to something like Star Wars, but often times the best sci-fi films are the ones where the actual sci-fi aspect is minimal.

Most standard martial arts films suffer from lack of story because nobody really cares about the story; they just want the fights. But we all know Scorsese doesn’t do “no story” films.

Imagine the marriage of Scorsese with the fight choreography of someone like Yuen Woo-ping or Sammo Hung? We all saw what happened when Tarantino and Woo-ping teamed up.