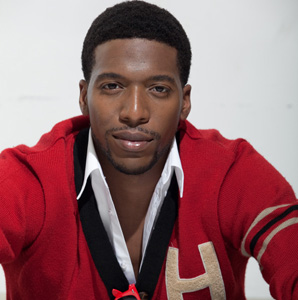 It’s funny how the world works. One minute you’re just a fan, distantly connected to the moving images of the people and events that fuel society, and the next you’re part of the phenomenon. It happened to every “American Idol” winner (post-Kelly Clarkson, of course). Even bona fide television star Jamie-Lynn Sigler turned her cameo appearance on the hit series “Entourage” into a recurring role.

Naturally it also takes work to hit the jackpot in the entertainment industry – work that Jocko Sims knows quite well. A down-to-earth actor and musician, Sims is living the modern American dream. He was on a date when he first learned about a film that would change his life.

“When I first saw the movie Crash, I knew nothing about it,” admits the Texas native. “Little did I know I would love the movie and be moved by it so much. At the time it was my favorite movie, and I had no idea that I’d one day be a part of it in some form.”

“Crash” is a television series on the Starz network based on the 2004 film that hit audiences over the head with its gritty portrayal of human interconnectivity in Los Angeles. Currently in its second season, the show is reaching out to audiences the same way the film did.

However, Sims admits that when he’s not fulfilling his role as Anthony Adams in the show, which films in New Mexico, he commutes home to Los Angeles to let his hair down.

“I’m so serious when it comes to work,” says the friendly thespian, who graduated from UCLA’s School of Theater. “But in my free time I get really silly. I like to hang out with my friends doing the most mundane and childish things. I just spent the entire weekend at Magic Mountain. I have a season pass. I’m a roller coaster enthusiast. I work hard, but when I play, I play hard.”