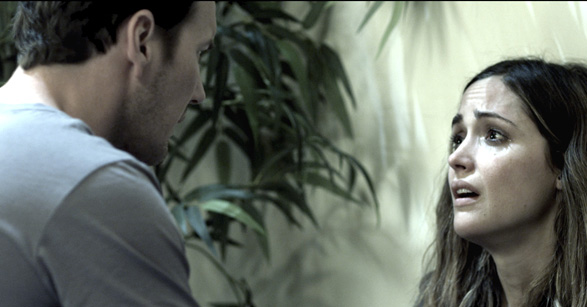 Tucker Max as the Best Man in I Hope They Serve Beer In Hell
(Credit: Courtesy of Darko Entertainment)

He’s hit or miss. There’s no grey area when referring to the patron saint of vulgarity and controversy, Tucker Max.

His infamous stories of mischief and debauchery have earned him accolades from The New York Times and scorn from those who dismiss him as a glorified frat boy and misogynist. On Friday, audiences will have an opportunity to experience his tales as the screen adaptation of his bestselling book, I Hope They Serve Beer In Hell, hits theaters.

“If you’re already a fan of the book and Web site, what you’ll expect is that the movie will maintain the spirit of the book,” explains Max. “Whereas the book is just my life from my perspective, the movie is a much more expansive view of my universe.”

Max wrote the book on his own, but opted for help from Nils Parker for the screenplay.

“I tried to write it alone and I failed,” Max says. “It needed empathy and compassion and a lot of other things I don’t necessarily bring to the table, and Nils brought all those things in spades.”

Max and Parker weaved various stories around “The Austin Road Trip” story. In the book, Max and his friends drive from Duke University in North Carolina to Dallas for a fabled strip club that specializes in cheap, raunchy entertainment. The road trip continues in Austin for a State Fair and involves the most graphic account of why he’s banned from the Embassy Suites.

The movie also includes a bachelor party gone awry, tailored around the “Miss Vermont” story. With a plot like that, comparisons to The Hangover are inevitable.

“There’s just nothing similar about them except the absolute most basic idea of a raunchy R-guy’s movie that involves strippers and weddings,” Max points out. “I don’t really see how it could be negative to be compared to the highest grossing comedy of all time.”

Max’s no BS attitude has garnered an ever-growing popularity with women and men alike, despite his sexist-leaning narratives. His stories have generated curiosity and condemnation. Regardless of judgment, Max utilizes the buzz for his benefit.

Instead of blowing thousands on mainstream publicity, Max brought his movie to the people by premiering it at 31 stops across the country. He believes word of mouth is not only the cheapest form of advertising, but also the most effective.

“Controversy helps people become aware of a product, given my choice I would pick word of mouth,” Max explains. “Ultimately, I just want to make more stuff that people enjoy. That’s why you make art, right?”

Brooke Long, notable as a model on “Deal Or No Deal” plays Chloe, a stripper Max encounters in Selma.

“Unfortunately the people [in Max’s stories] have had their feelings hurt, but reading about them can be fun,” Long points out. “[Max] doesn’t necessarily come across as the jerk that he is in his stories.”

Long’s empathy also exposes a guilty pleasure: Sometimes reading about the misfortunes of others makes you feel better about yourself, especially when humor is involved. Max found a way to make a living by passing judgment on others and writing about it in a funny way.

Max isn’t the first person to write about misadventures with midgets, extraordinary tales of one-night stands with his fans or vulgar recounts of times spent drinking unfathomable amounts of alcohol with friends. He excels at storytelling and that’s why he’s a celebrity instead of a no-name player at your local bar or club.

For now, Max’s priority is in the present with his movie. Assuming it performs the way he anticipates, sequels aren’t out of the question.

“Nils and I have mapped out exactly what we want to do in the sequels,” Max says. “So if people like this movie and they come out to see it, you’re goddamn right we’re doing sequels.”

Your next Tucker fix will come in 2010 when Assholes Finish First is released as the follow-up to I Hope They Serve Beer In Hell. Beyond that, the future is as unpredictable as Max on vodka and tequila.

I Hope They Serve Beer In Hell releases in select theaters Sept. 25.