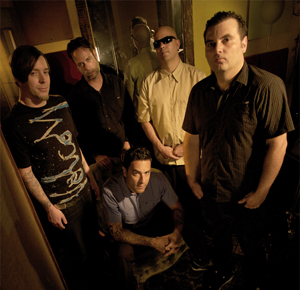 Congratulations to long-running L.A. band Strung Out who are celebrating their 20th anniversary this year. The group has a new release coming to honor the occasion; Agents of the Underground will drop on the Fat Wreck Chords label Sept. 29.

The band is also embarking on a nationwide headlining tour that includes an appearance at the Shore in Long Beach on Sept. 25. Death by Stereo and Bullets & Octane are also on the bill.

Billed as a “two-day, mind-opening music festival and cannabis cup/expo,” Cypress Hill’s Smokeout Festival takes over the San Manuel Amphitheater in San Bernardino Oct. 23 and 24. The musical portion of the festival will see headliners Cypress Hill performing their classic Black Sunday album in its entirety on Friday and then previewing their upcoming release Rise Up as they co-headline on Saturday.

Friday’s lineup will also feature reunion shows from Goodie Mob and Geto Boys along with sets by Devin the Dude, Short Dawg Tha Native and others. The infamous Cheech & Chong will host Saturday’s show where Bad Brains, Afrika Bambaataa, Mix Master Mike, Slipknot, Pennywise, Sublime and many others will perform.

Throughout the weekend there will be celebrity guests and artists speaking about cannabis and there will also be an “educational and interactive vendor village.” For more information, visit smokeoutfestival.com.

Joshua Bell At Home With Friends

You might say that Joshua Bell has been fiddling around since he was 14. The violinist has now recorded 30 albums and hosted countless informal “musical soirees” at his New York residence.

“There’s nothing like sitting on a pillow by the piano surrounded by passionate artists, not quite sure who’s going to get up next to perform,” says Bell.

The new album At Home With Friends replicates that warm atmosphere, and Bell adds, “It’s my hope that this recording figuratively transports listeners into the room with us.”

Josh Groban, Kristin Chenoweth, Chris Botti and Sting are among the guests who appear on At Home With Friends, due Sept. 29.

The Entrance Band is Ecstatic.

“The Entrance Band’s new music is the most alluring and, yes, entrancing vibe I’ve yet to experience in this new age. It’s a soundtrack for the new groove,” says Moore. (Full disclosure: The Entrance Band records for Moore’s label, also called Ecstatic Peace!)

The Entrance Band has a show at the Troubadour Sept. 23.

The Return of Hope Sandoval

It’s been a long eight-year wait but Hope Sandoval and her band, the Warm Inventions, are about to release a new album called Through the Devil Softly. The Mazzy Star singer hasn’t exactly been taking time off though; her solo hiatus was filled with collaborations with the likes of Air, Bert Jansch, Death in Vegas and Devendra Banhart.

Sandoval’s partner in the Warm Inventions, Colm Ó Cíosóig, has been busy too with this year’s reunion of his other band, My Bloody Valentine. The pair will be performing on Sept. 29 at the Hollywood Forever Cemetery, and Through the Devil Softly drops the same day.

The nationally syndicated radio show “HardDrive” has announced their sponsorship of the HardDrive Live tour featuring All That Remains, Lacuna Coil, Maylene & The Sons of Disaster and Taking Down. HardDrive host Lou Brutus will be on hand for some of the tour’s 40 stops, and elements of the radio show will be worked into each evening’s program.

Local “HardDrive” affiliates will be giving away tickets, VIP packages and meet-and-greet passes for the L.A. date that will be at the House of Blues Oct. 16.

Out of Their Caves!

Seattle band the Cave Singers have left their hideout and are embarking on a national tour to promote their new one, Welcome Joy. If you’d like to catch the trio while they’re out in the light, then head for the Echo Oct. 1.