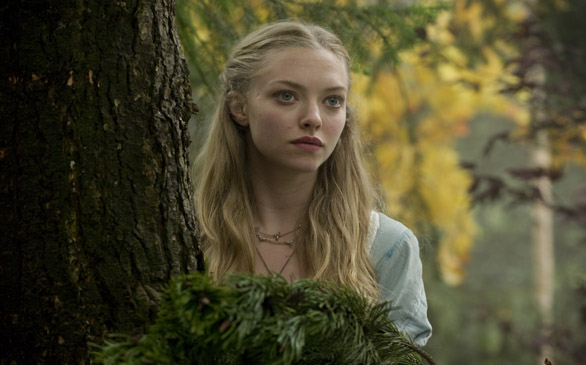 Based on the prize-winning novel of the same name, Disgrace is director Steve Jacob’s ambitious second film. Set in post-Apartheid South Africa, John Malkovich stars as David Lurie, a white, respected university professor of Romantic Literature, who likes to think he’s a sexy romantic himself.

And that’s when Melanie Isaacs walks into his class. She’s young, sexy and of mixed race, and Lurie is instantly smitten. Since we all want what we can’t have, Lurie violates the trust that every student intrinsically expects from her teacher.

When the news gets out, Lurie’s “harmless fling” blows up in his face, and he is forced to tender his resignation. Disgraced, but not ashamed, Lurie abandons the metropolitan haven that is Cape Town to live in the countryside with his daughter, Lucy, a determinately independent woman who maintains her own farm and volunteers with animal rescue.

At first the simplicity of the wilderness that surrounds them lulls Lurie into a sense of peace and contentment, but soon enough, Lurie gets a taste of his own medicine when he and Lucy are brutally attacked by three black men. Was it a random hit or are their lives about to fall apart?

You can’t complain about the production value of the film. It’s got great actors and great cinematography, but as a female and a former student, personally, I found this film to be particularly hard to watch. It is an unforgiving look at the brutalities one human can inflict upon the world, but for all the truth of human nature, Disgrace seems to be overreaching itself in its scope.

It does manage to capture the seriousness and the emotions that accompany rape, both for the victim and the people who try to give comfort. It also touches on animal cruelty, but this seems like barely a footnote in the narrative and no point is ever made in reference to it as a real problem.

One of the key issues is life in a post-Apartheid world. There is still a distinct divide between black and white and the tension between the two makes seemingly minor infractions escalate into groundbreaking, earth-shattering events. Yet somehow, these race relation issues seem downplayed in comparison to Lurie’s gender relation trespasses and his own internal struggle with his own masculinity.

Maybe it’s just that I’m a white girl in suburban Los Angeles, but apart from a general sense of hostility from both sides, it felt more like a comment on law enforcement in impoverished areas.

The film is powerful, but it is heavy and it is hard. It strikes a chord, but is it a chord you really want struck?