Amber Flamminio: From USC and Pepperdine to Center Stage 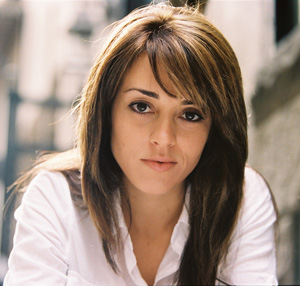 In Los Angeles, the term actor has modernized to define anything from Leonardo DiCaprio to reality TV Barbies. And today acting is most often observed on a screen rather than a stage.

Though no longer the sole form of entertainment of the month as in colonial times, good, raw acting can be found at the Denise Ragan Wiesenmeyer One Act Play Festival every Friday and Saturday at 8 p.m. now through Oct. 3. The 18th annual nationally recognized festival features four authentic short plays chosen from hundreds of submissions from writers all over the country.

Amber Flamminio, who has only been a member of The ATTIC Theatre and Film Center for two years, stars in “Cross Purposes,” and loves having the opportunity to christen plays by performing them for the first time. “Cross Purposes” is a comedy about the aftermath of a student who sleeps with her professor. Flamminio plays the student, Tiffany, and does a great job of creating significant depth in a short amount of time for a character who seems ditsy on the surface.

The 28-year-old currently balances her time between acting and pursuing a Ph.D. in Psychology at Pepperdine University. She earned her undergraduate degree from USC and has done some film and TV acting, but loves theater the most.

She describes theater acting as an art in the actor’s medium rather than film where the art is in the director’s medium. In the future, Flamminio aspires to act to her full capacity and live her life to the fullest by filling it with everything she loves.