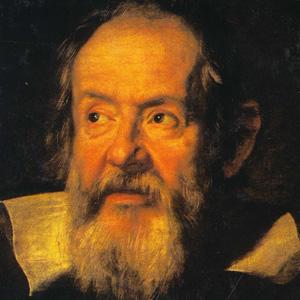 A lot of films based on true stories generally have very little in common with the tale that inspired it. Sometimes that’s a good thing, sometimes not so good. But when doing a biopic about someone’s life it’s always better to be as true to the real person’s life story as possible.

I think the two key elements to a biopic are successfully articulating the person’s life without truncating too much, and visually capturing their look. A few biopics that have successfully done this are Malcolm X, Frida, Ray, The Doors, Milk, Walk the Line, Downfall, Kinsey, John Adams, Wonderland and Nixon.

In honor of the biopic, I have selected a few historical figures who I think should have films made about their lives.

Galileo was an Italian astronomer who contributed heavily to the development of the telescope in the 1600s, which lead to him playing probably the most important role in proving that the sun was the center of our galaxy and not the Earth. As you can imagine, that didn’t set well with the Church, and so Galileo almost lost his head for championing Copernicanism. Galileo’s story might make an interesting adaptation considering how tons of dumbasses who have never even ventured outside the United States consider it the center of the universe.

Artemisia Gentileschi was an amazing Italian Baroque painter living in the 1500s. What’s inspiring and uplifting about her story is that she was a female painter living in a time when the artistic community did not look kindly upon women painters. If you want to know how she probably felt about that, just type “Judith Slaying Holofernes” into Google Image Search. Historical films about women overcoming misogynistic oppression, especially so far back in history, are always relevant.

Hendrix actually had a film made about him back in 2000 in the form of an HBO TV movie that starred Wood Harris (“The Wire,” Remember the Titans). I haven’t seen the film, therefore, it would be inappropriate for me to make any kind of call on the film, but I don’t think I’m alone when I say that Hendrix’s life deserves the super-Hollywood deluxe treatment. There was a lot of talk at one point about Andre 3000 from OutKast being considered for the role, which I think would actually be an interesting choice.

No brainer. I’ll bet if you did a poll, Bob Marley would come out on top for the person with the most posters in college dorms. The only issue with pulling off Marley’s story is you can’t half-ass the performance. His story is a very epic and important one, and whoever plays him in the film literally has to make you think that you’re watching the real Bob. My first thought is that an unknown should play him; only because when you’re watching a famous actor you’re very aware that you’re watching them. When you have an unknown it’s easier to believe the illusion. I’ve heard some rumblings about a Marley movie in the works, and I can say that it sounds more than promising.