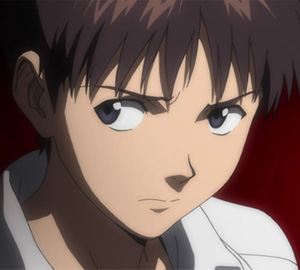 A lot of people would have you believe that part of being American means sticking your chest out and declaring that America is the greatest country in the world. I’m not exactly sure what that pertains to anymore. Are they saying that we are the best just for the structure of our country or because we do things the best?

I mention that because the other night I realized something that we are definitely not the best at. When it comes to technology architecture and design in art (specifically animation), Japan runs the game.

I’ve always been a huge fan of manga (Japanese animation). Recently I was watching Evangelion 1.0: You Are (Not) Alone (currently in select theaters), and the sheer level of brilliance of the technical aspects of the weaponry and machinery just blew me away. Evangelion is a Japanese manga film and TV series that follows the efforts of mankind to fight off an alien invasion using technology harvested from the same aliens they’re fighting. The concept is similar to Macross, but where they differ is that Evangelion references and layers a lot religious motifs into the stories and characters.

When you look at Japanese works like Evangelion, Ghost in the Shell, Akira and Macross, you can see how much care goes into the look and design of the technology. When you look at something like Ridley Scott’s Blade Runner, the influence of Japanese design is definitely present. More Hollywood directors and filmmakers in general should start employing and utilizing the tremendous talent of Japanese manga animation artists. Obviously, when you look at Evangelion you can see that it would cost an unbelievable amount of money to create similar content for an actual film, but there are ways you can incorporate manga-esque designs into smaller aspects of the film. A few Hollywood films that have definite manga-influenced visual styles are The Matrix and The Fifth Element.