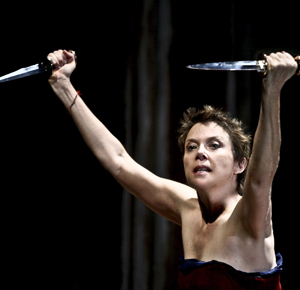 “Medea” stars Annette Bening as a mystic woman whose husband’s betrayal drives her to kill his new bride and her own two sons. Bening proves to be a great force as the tormented and estranged Medea.

Her performance brought heart-wrenching soul and terrifying determination to the character. As a spectator and a woman I was angry with her, but in a deranged way I also wanted to support her. Her frustrations were understood, but were her actions justified?

Strict adherents to the classical version of Euripides’ fifth century BC play may not be content with this modern translation, but the themes remain universal regardless of their context. Director Lenka Udovicki brings a strong feminine approach to her production of this great tragedy. $20 for UCLA students.