J.U.I.C.E. it Up: With Gisella Ferreira 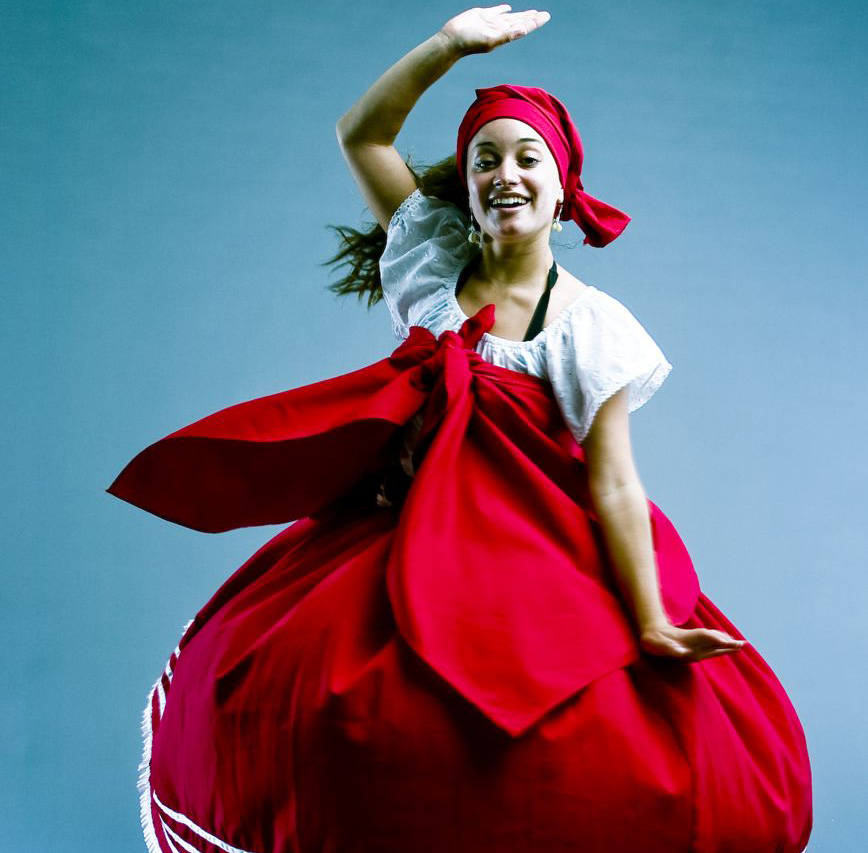 As the fierce rhythms of the live congas infuse the beats of samba in Brazil Brazil Cultural Center’s open space, Gisella Ferreira proves the mantra, “bodies never lie.” Combining hip-hop and Afro-Brazilian dance, Ferreira invokes the vivacity, rawness and soul into her dancing that stays true to her Brazilian-American roots.

Ferreira has been moving to the sounds of samba and hip-hop since she was a child, and soon after recognized that these forms not only spoke to her, but as Ferreira says, they became “the two dominant loves of [her] life.” As an ArtsBridge Scholar, she taught hip-hop and samba workshops to various Los Angeles high schools and later embarked on what would be one of her most formative experiences: teaching hip-hop and English classes in Brazil.

Inspired by samba’s diverse forms and women’s roles in Brazilian society, Ferreira converged her passions and developed a style that connects the uninhibited improvisation of hip-hop with the feminine spirituality of the orishas (goddesses) of Candomblé. This dialogue of cultures has manifested into a piece that will be featured as part of the upcoming J.U.i.C.E. Hip Hop Dance Festival on Oct. 3rd at the Ford Amphitheatre.

With all female live drumming, orisha role-play and moves that guarantee endless fascination, Ferreira promises a show that is “energetic, creative and powerful.” Come see the goddesses interact through a fusion of hip-hop and Afro-Brazilian full-body expressions for a performance that exudes female empowerment and an energy that’s bound to get your ass shaking.