The Sunstreak: Once Upon a Lie 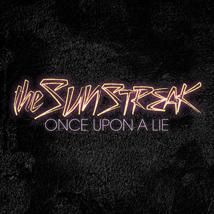 Ah, yes, Sunstreak. They’re the band that managed to make Billboard without a record deal, and you may have heard them on Warped Tour. Must be amazing, right?

Straight off the bat, Once Upon a Lie is disappointing – it sounds a lot like a whole bunch of other emo/piano rock bands. In fact, I think they may have plagiarized an opening from Yellowcard.

With smooth vocals that are reminiscent of (but stronger than) Mae’s, and synth-laced bubblegum emo rock to back it up, it sounds like there’s only one song on the entire album. Luckily, that one is good, but personally, I’m not interested in listening to 40 minutes of the same song.

On the whole, the album sounds like something you’d love in high school but outgrow in college. Much like your size 5 jeans.

Once Upon a Lie is currently available.