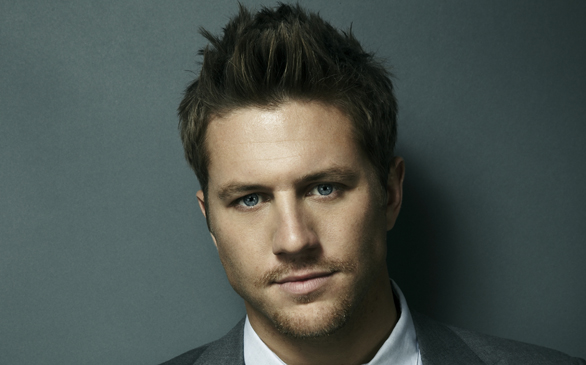 A husky, sleep-deprived voice rings across the other end of the phone at the very early hour of 10 a.m. one weekday morning. Even though his words are delivered with a monotony that could be mistaken for boredom, comedian Mike Birbiglia doesn’t need to sound like an eager beaver to convince you he’s interested.

And his act definitely does not require celebrity imitations or goofy voices to make you laugh. In fact, he recently wrote and delivered a one-man play “Sleepwalk With Me,” which was produced by Broadway legend Nathan Lane.

“We sleep on the bus,” divulged the 31-year-old comedian. “It’s kind of a cool experience. You do the show, you go to the bus and fall asleep while the bus is driving. It’s like the bus driver is a Santa Claus-type figure. You wake up, and you’re in another city. It feels kind of magical.”

Originally from Shrewsbury, Mass., the Italian-American started doing comedy nearly 10 years ago. In his sophomore year at Georgetown University, Birbiglia won “The Funniest Man on Campus” contest, which awarded him the chance to perform at the D.C. Improv. At 23, he was chosen to perform in the “New Faces” category of Montreal’s prestigious Just For Laughs Comedy Festival.

“It’s the uncensored aspect of it,” says the funny man about his passion for the stage. “I don’t even curse a lot on stage. With stand-up you can write a joke in a day and put it on stage that night. There’s immediate feedback, because the audience can tell you how it’s going.”

“It’s fun to go out and meet people who have my albums or who’ve seen my specials,” admits a modest Birbiglia. “When you’re starting out in comedy, the audience tends to be the passersby who just came to see a comedy show. When you reach a point that people come to see you on purpose, it’s exciting. It’s like telling jokes to your friends.”

Mike Birbiglia will appear Oct. 16 at the Avalon. For more information, visit birbigs.com.