The Wizard of Oz, Chinatown and More 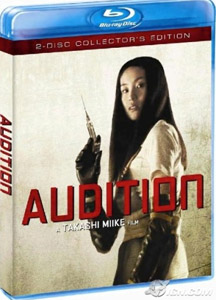 Stranger Than Fiction: Part This is Spinal Tap, part American Movie, Anvil! The Story of Anvil is a documentary following the travails of an aging metal band still on the quest for fame. After releasing an influential album in the early ’80s, which would inspire platinum artists such as Metallica, Anvil all but disappeared. The lifelong friends, now in their 50s, are still at it despite the struggle to provide for their families. The heartbreaking and hilarious film marks the directorial debut of the screenwriter of The Terminal. Also included is a conversation with Metallica’s Lars Ulrich.

The Vault: One of the greatest films of all time, The Wizard of Oz, gets a special 70th Anniversary release, featuring a beautiful new digital restoration. The two-disc edition comes loaded with extras, including several retrospectives, deleted scenes, home movies from composer Harold Arlen, audio from recording sessions and a sing along feature!

Roman Polanski’s noir masterpiece Chinatown gets Paramount’s Centennial Collection treatment. Jack Nicholson stars as an in-over-his-head P.I. in Depression-era Los Angeles, supported by Faye Dunaway and John Huston. This is about as perfect as storytelling gets. This third release will feature commentary by screenwriter Robert Towne with special guest David Fincher (Zodiac) as well as a retrospective featurette.

British Invasion: Author Colin Bateman adapted his undercover cop novel Murphy’s Law specifically for star James Nesbitt (“Jekyll”) in the series of the same name. Nesbitt is terrific as the Irish detective who takes to the bottle after the IRA murders his daughter. Now the brash and charming Murphy goes to London where he infiltrates deadly gangs. Nesbitt owns the role as Robbie Coltrane does in “Cracker.” Series 1 is now available.

Have You Seen? This Halloween, never mind the remakes starring the likes of Paris Hilton, check out these original versions of horror classics:

House of Wax (1953) stars the legendary Vincent Price as a wax artist who, after his life’s work is destroyed and his hands rendered useless, goes insane and starts displaying real people covered in wax.

Black Christmas (1974), an early example of the slasher film (predating Halloween by four years), stars Margot “Lois Lane” Kidder as a college student stuck at her sorority house over Christmas vacation while a psycho stalks and murders her friends. The versatile Bob Clark directed.

When A Stranger Calls (1979): “The call is coming from inside the house!” First Scream stole those words, then the remake. A psycho terrorizes a babysitter with bizarre phone calls. Twenty years later, he returns to stalk her again.