“It’s Up To Us Alone”: The Dramatic Radio Event of the Year Featuring Ed Asner 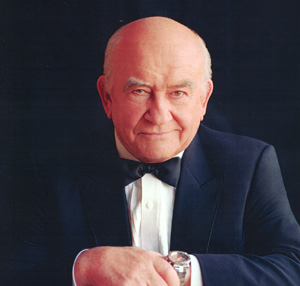 It’s not a Churchill communiqué from the Battle of Britain or an FDR fireside chat, but “It’s Up To Us Alone” hopes to channel a bit of that radio magic to address the ongoing conflict in the Middle East.

Pen is a spokesman for the People’s Email Network, an online progressive advocacy group and the driving force behind “It’s Up To Us Alone,” a two-act radio drama set in the echoes of recent Palestinian rocket attacks and Israeli military incursions.

Starring Ed Asner (fresh off his voice work success in Pixar’s Up) as Ari Shalom, the radio play features a full cast of actors taking on a script that looks at both the broader, international implications of war as well as the personal costs of conflict.

“In my opinion, [Asner’s work] is one of the greatest acting performances I’ve heard anywhere,” Pen says.

“We’re hoping to stimulate discussion on the Middle East,” he continues. “The idea of the play was to roll the movie ahead … to say to people, this is the track we’re on, folks, do you like the end of this movie? And if you don’t, then what are we going to do about it? And by the end of the play, we make a very strong statement, basically that all war doesn’t serve the interests of either side of a conflict. People on both sides lose.”

To stimulate that discussion and to involve listeners with the broadcast, the entire first act of the play can be heard online, at usalone.com. Pen says he has also reached out to college drama departments around the state to use the play as a teaching tool, and visitors to the Web site can predict how the second act will unfold to win a signed and bound copy of the script.

The entire play will premiere Oct. 16 at 5 p.m. on KPFK 90.7 FM on the dial in Los Angeles, with the 40-minute drama followed by a discussion. For more information, visit usalone.com.