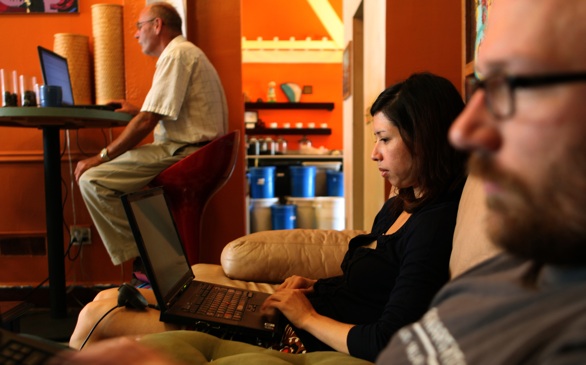 If you were a major Hollywood celebrity, why wouldn’t you live near Hollywood?

The recent arrest of famed director Roman Polanski in Switzerland, stemming from his 1977 conviction for having unlawful sexual intercourse with a minor (read: a guilty sentence for having sex with a 13-year-old girl) and his subsequent flight from the United States, shines an unfortunate and undeserved light on Hollywood’s artistic expatriate community. Not all artists who choose to live outside Los Angeles County are running from the law – a few are, no doubt – but all have interesting stories to tell.

Harrison Ford spends much of his time on his nearly 1,000-acre ranch in Jackson, Wyo. For anyone who’s ever been to Wyoming, living there definitely qualifies you as a domestic expatriate – a patriotic expatriate on the frontier wilds.

An avid pilot, Ford is publicly credited with at least two rescues of stranded hikers in the area surrounding his ranch, once in 2000 coming to the aid of climbers on Table Mountain in Wyoming (neither of whom recognized Ford at the time, and one later admitting his horror, “I can’t believe I barfed in Harrison Ford’s helicopter…”), and in 2001, he rescued a Boy Scout lost in Yellowstone National Park.

Johnny Depp may be the archetype of the new artistic expatriate, making for many years one of his primary homes in France, where he lives with French actress/singer Vanessa Paradis. Depp has said in interviews that he enjoys the anonymity of living abroad.

To Newsweek he offered, “I’ve always loved it [in France] … The phones don’t ring as much. Movies are never brought up in conversation. I’ll take the kids and we’ll go out to the trampoline and the swing set, and we’ll stop by the garden and see how our tomatoes are doing. You know, old-fart stuff. Good stuff.”

He goes on in the interview to compare this to living in the United States and Hollywood earlier in his career, when his role on “21 Jump Street” made him a sensation.

“Suddenly, you go into restaurants and people are pointing at you and whispering,” he said. “You feel spooked by it because that freedom of anonymity is gone. You never get used to that. You’d leave the hotel to go to dinner and there’d be tons of cameras and flashbulbs.”

And in 2003, Depp also gave an interview to Stern, a German magazine, where he seemed to have developed the characteristic broadness of expatriate perspective on his home country.

“America is dumb, is something like a dumb puppy that has big teeth – that can bite and hurt you, aggressive,” he was quoted as saying. He later said the quote was inaccurate, but the magazine stood by their reporting.

Depp’s fame allows him to live wherever he wants, but are there actors with the stature and means to live abroad whose careers have been hurt by the choice? Perhaps.

Consider what John Malkovich, who is fluent in French and lived almost exclusively in France before tax disputes caused him to more equally divide his time with the States, told the Guardian newspaper in London: “People have said it had a lot to do with the fact that I spent the better part of 15 years in Europe – they just don’t think of you. ‘There was a guy who acted in something but I can’t quite place him.’ That’s the way the business is, that’s the way it always has been.”

But Malkovich wouldn’t trade his time in France or the ordinariness it offered.

“I had so many fantastic years there,” he said. “I couldn’t always be there because I’m on the road eight or nine months a year anyway, but I loved it.”

He said his French neighbors claimed they could never recognize him if he wasn’t carrying his son on his shoulders.

So what keeps actors away? Part of it, sure, is the want of anonymity. Part of it perhaps is political. Some of it is personal – a need many of us have felt to get away, to make an effort to separate the spheres of work and family, here for these successful artists played out with significant resources on a global scale. In Harrison Ford’s case, maybe he just wanted some space without power lines to be able to fly (and there are at least a few lucky people out there who are glad he does).

Ford in my mind serves as an ideal case for all artistic escapees from Hollywood – a man who has found a balance between his public and private lives, between his L.A.-stardom and his Wyoming-sanctuary, with neither coming, necessarily, at the expense of the other.