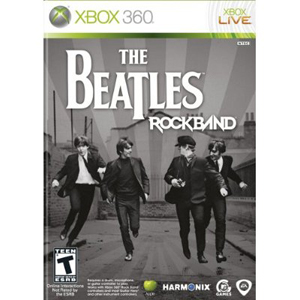 In an age of cookie cutter games and cynical brand tie-ins, it is a wonderful experience to see games that are truly for the fans. Here are some new titles that were obviously made with heaping helpings of love.

While the mix of Beatles and “Rock Band” may seem like a cheap way to cash in, the game is nothing short of pure fandom. The game has been refined to match the Beatles’ style, including the addition of up to three-part harmonies on microphone, but the experience is almost more important than the gameplay. Game imagery ranges from animated recreations of classic appearances to psychedelic flights of fancy and the unlockables include video and audio footage of the Fab Four that will make any true Beatlemaniac scream in joy.

This PS3-exclusive chapter of the “Katamari Damacy” saga lives up to its original Japanese name – “Katamari Damacy Tribute.” In addition to a large number of new challenges that require you to roll your ever-growing trash ball, much of the game takes place in the amnesiac King of All Cosmos’s head. In these stages, you will encounter challenges from past Katamari titles that will help give the King back a segment of his memories. It is a truly cool approach to a game that was made for Katamari fans.

If you have seen the History Channel or played military first-person shooters, it is obvious that World War II has its fans. For these fans, “IL-2 Sturmovik: Birds of Prey” more than satisfies. This flight sim features period footage and documentary material that perfectly compliments the in-game recreations of period conflicts, aircrafts and locations. The action is intense yet still easy to control and features a system where the planes will actually show bullet holes and explosion damage throughout the mission.

While the idea of a Grindhouse-inspired game is not new, “Wet” really takes it to a new level. As the hot hired gun Rubi (voiced by “Dollhouse”’s Eliza Dushku), players can shoot and slash to an impressive rock soundtrack, but the real fun is the way it combines modern gaming with a ’70s action flick. The action – including a gunfight while falling from a plane – is genuinely fun and the story is gloriously over-the-top. Other nice touches include loading screens advertising the snack bar and broken film whenever you die.