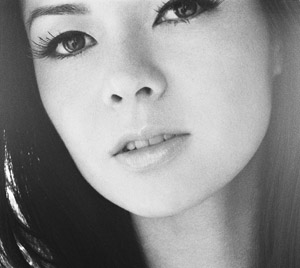 Marié Digby is bringing Breathing Underwater to the big screen.

For an artist who rose to fame making YouTube videos, Marié Digby is proving that she can do more than just cover pop songs. She released two records this year: her sophomore album, Breathing Underwater, and a Japanese cover album, Second Home.

She is currently involved with Generation Project, a charity founded by one of her friends, which helps raise money and supplies for schools across the country. And, instead of making music videos for her songs off Breathing Underwater, she has decided to turn the album into a feature film.

“It’s definitely a love story,” says Digby. “I will be re-enacting some of the things that went on during the making of the album, other parts of it will be a mixture of what really happened and what I imagined happening.” (Look out for five-minute clips of the project that will start being released by the end of this year.)

While she’s in the midst of casting different friends and musicians to help her vision come to life, she stills manages to make time to perform for her fans.

“Pleasing my fans is my most important goal,” she says.

“It’s been over a year now since I’ve played in Los Angeles,” says Digby. “It’s my hometown. Hotel Café is where I began performing. It seems to be a good luck venue for me. It’s gonna be a good transition from the way I used to perform for Unfold and how I perform for the new album.”

The shows will take place on Monday nights at 9:30 pm.

If you’re wondering if this means the end of her Youtube videos, Digby says, “I’ll definitely continue to do YouTube. It’s a huge part of who I am and how I got here.”