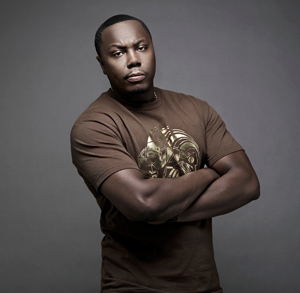 Hip-hop is no stranger to the superstar co-sign. When rappers get big, their musically talented and overly ambitious friends come to light. Nelly did it with the St. Lunatics, Jay-Z did it with Memphis Bleek and Lil’ Wayne is trying to do it with the city of New Orleans. History has shown us that when rappers “put on” for their hometown, the outcome can be positive, but most turn out like Silkk the Shocker.

In the case of Chicago newcomer and Kanye West co-signed Really Doe, his fate has yet to be delivered. However, unlike the flops of yesterday, Really Doe is off to a great start.

With his debut album, First Impressions, making its imprint on iTunes, Really Doe is letting the world know that he’s not just another “friend of a rapper” that wants to rap, but an artist in his own right.

“My album is good, and people are accepting the album. I learned so much from being around ’Ye that I didn’t need to call upon him every hour to get my album done,” he says.

His lead single “Mesmerize” is a strong testament to his ability to make worldly music that everyone can enjoy.

“My music is definitely feel good music; ‘street soul,’ you know. I’m one of those artists that wants people that don’t even like rap music to find tracks on this album that they love,” says Doe.

The Kanye West co-sign is one that cast a big shadow, and dealing with that can be the hardest part. In constructing his introduction to the world, shaking the West tag meant going as far as not inviting ’Ye to his first video shoot.

“Having Kanye as a close friend is sometimes a gift and a curse. I didn’t even invite ’Ye to my ‘Mesmerize’ video shoot because I had B.E.T there, and I know that because ’Ye is so much of a star it would have taken away from what I’m trying to do,” he shares.

Acts like Junior M.A.F.I.A. and G-Unit crumbled under the pressure of the expectations brought on by their famous predecessors. With strong features under his belt and an album that is slowly leaving an impression on music lovers across America, Really Doe is destined to be a great musician with or without the co-sign of his Chicago brother. Only time will tell if he’s making the right moves.