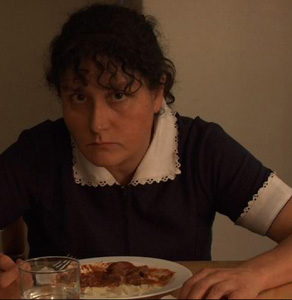 To sum up The Maid, Sebastián Silva’s masterpiece: It is real. Based on childhood relationships between Silva and his live-in maid, The Maid tells the story of a lesser-starred character, the maid.

Silva admits to struggling as a child on whether or not his live-in maid was part of what he defined as his “family.” The exploration of what and who the maid was as a child inspired the basis of the film.

Raquel (Catalina Saavedra), the live-in maid for a Chilean family, struggles between being a part of the family she works for, and simply being an employee. After 23 years of working and over-working herself for this family, Raquel shows signs of fatigue.

Her relationship between herself and the family finally begins to affect her as she recognizes that she has lived with them for over 20 years, but still does not truly have family. The mother of the house views Raquel’s fatigue as dispensable, and hires new maids to assist Raquel, alluding to her eventual replacement.

Raquel is infuriated by this, and maliciously locks the new maids out, frames them and treats them with utmost disgrace. The maids do not last long in the wrath of Raquel’s passive aggressiveness before resigning, until one maid, Lucy, outstands Raquel and even shows her what it’s like to love and to be loved.

After Lucy breaks Raquel’s tough shell by showing her the compassion she has needed for over 20 years, it’s as if Raquel has started fresh. She enjoys herself while working for the family, but even more, she enjoys the company and friendship of Lucy, and is able to completely reverse her role as the villain-like maid to provide the film with an uplifting ending.

Films normally utilize the maid character in a role that is complimentary of the lead role. The Maid’s atypical approach to expressing the maid character is profound, emotional and actually provides an eye-opening, new perspective about a maid’s life and feelings. With no music, the film uses just the average drone of a household to employ naturalness.

The Maid is fantastic. You’ll laugh, you’ll cry, you’ll wince and you will connect to the reality of it.