Jonzing For Where the Wild Things Are 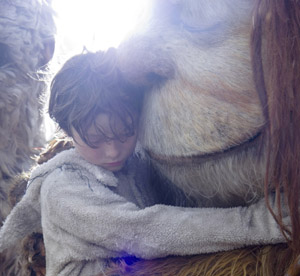 Let Where the Wild Things Are reconnect you to being a kid.
(Credit: Matt Nettheim)

When I sat down to really mentally digest Spike Jonze’s film, Where the Wild Things Are, after seeing it, some interesting things occurred to me. The film speaks to two separate sides of the audience and is definitely more artistic than most other movies, which is a good thing.

What I like about the film is it speaks to being a child in a way that I think children can relate to, and adults can hearken back to in their own lives. The film is not a children’s film in the sense that, like other generic children’s films, it distracts children from their lives. In fact, it does quite the opposite.

It speaks to what it’s like to be a kid, and for grown people, it can help them reconnect with some of the emotions that they may have felt when they were young. That’s what this film conveyed to me.

This is the type of film I would definitely have loved when I was a child. The reason I bring this up is because socially we seem to have hit a fever pitch of protecting children from anything that will take them to a place of “unsafe” deep thought. Children are bombarded with films that try to be safe and do nothing to forward their intellectual development.

For any parent who thinks that Where the Wild Things Are is too “fill in the blank” for your kid, I challenge you to put the doucheade down and let your children experience something that may have a profound effect on them.